Jayne Mansfield (cover) – String Along With Me

An album by the Stradivari Strings called String Along with Me, featuring Jayne Mansfield on the cover

About this copy: The cover is M- and still has the original shrinkwrap.  The disc is M- on one side and VG+ on the other, with just a few light sleeve scuffs.  The disc is quite heavy; it weighs in at a hefty 188 grams.

A nice item if you collect celebrity/personality/cheesecake records.

Background: Jayne Mansfield appeared in a number of films and did some recording of her own, but she also appeared on a number (perhaps dozens) of album covers as a model.  This album, String Along With Me, is one of those, issued on the budget label Spin-O-Rama in about 1962 or so.

Not much to say about this one; the music is forgettable orchestral fluff, but the cover has a nice photo of Ms. Mansfield. 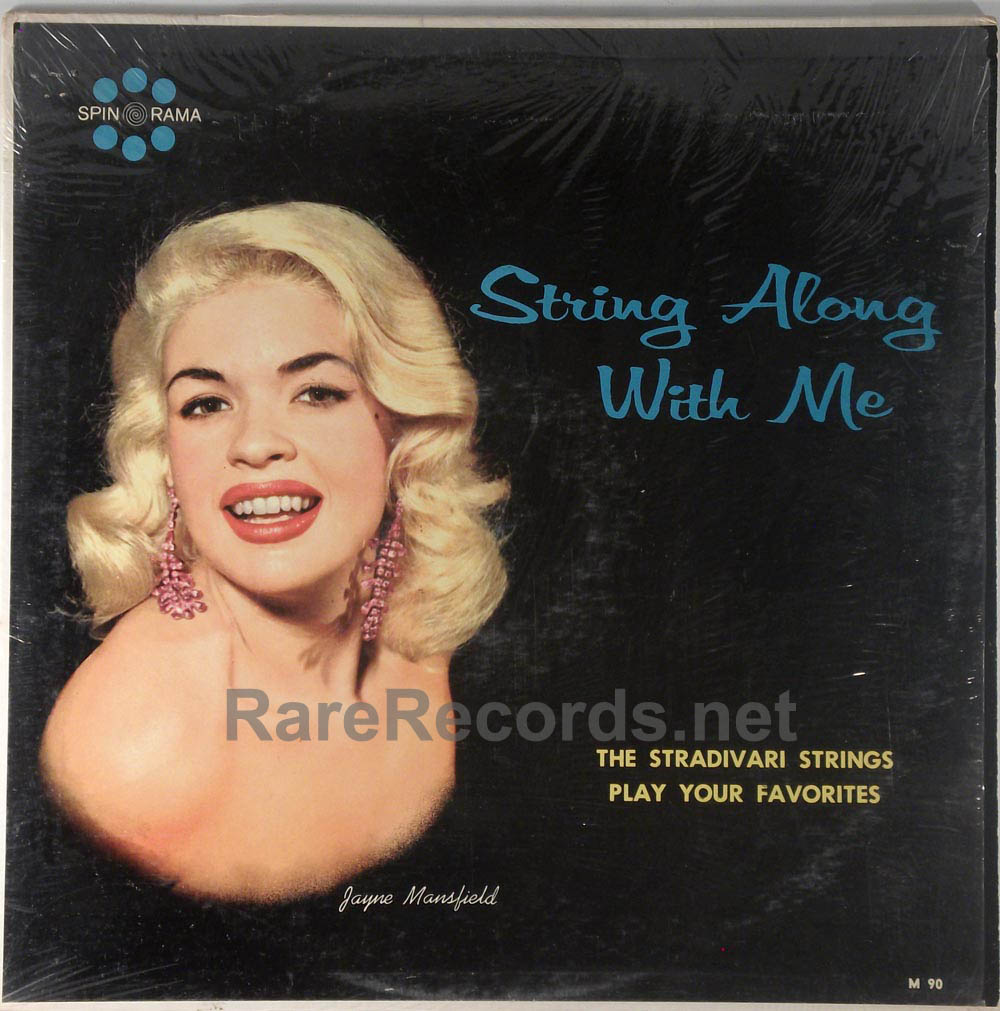 You're viewing: Jayne Mansfield (cover) – String Along With Me $50.00
Add to cart