Offered for sale is a sealed copy of the original first pressing of Cream’s 1966 debut, Fresh Cream.

About this copy: The copy offered for sale is a sealed stereo pressing; the record is presumably new and unplayed.  The track listing includes “I Feel Free,” rather than “Spoonful.”  Since the record is still sealed, we cannot confirm whether the label is the early purple and brown label or the later yellow one.

However, the pressing feels quite thick and weighs about the same as the pressing in our personal collection on the purple and brown label, so there’s a good chance that this is a first pressing.

A beautiful copy of a classic album that will be very difficult to improve upon.

Background: Cream is highly and rightly regarded as rock’s first supergroup, combining Eric Clapton of the Yardbirds with Ginger Baker and Jack Bruce from Graham Bond’s band.  While the band only released four albums before breaking up, they’re regarded as one of the most influential bands in rock history.

Fresh Cream, their 1966 debut, included the tracks “I Feel Free,” “Toad,” and “I’m So Glad.”  The album was originally released in both stereo and mono, and later pressings replaced “I Feel Free” with “Spoonful.”

I just bought a couple records from you guys, they sound great and will be buying more. 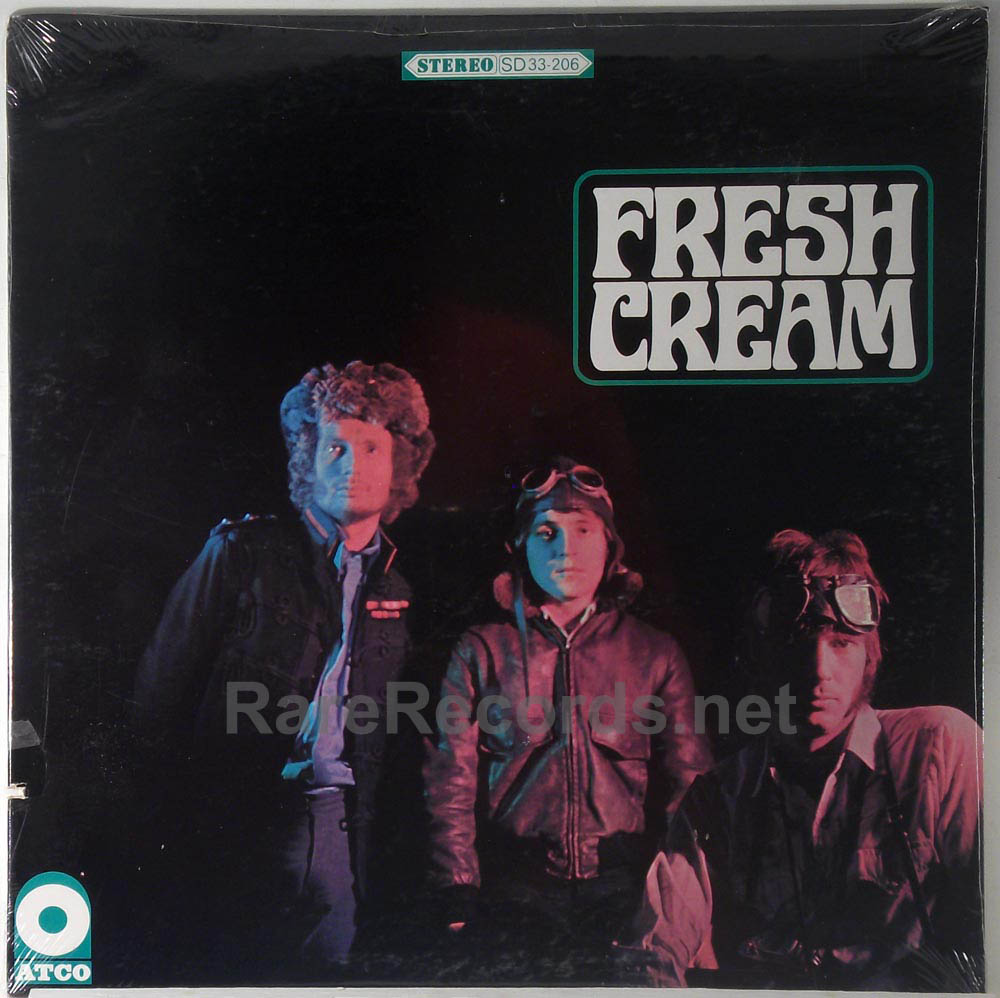