Offered for sale is a still sealed copy of the 1975 LP Midnight Lightning by Jimi Hendrix.

About this copy:  This is an original sealed copy of Midnight Lightning, Reprise MS2228.  The shrink wrap is tight and intact, though a couple of corners are slighting pushed.  There is a saw mark in the cover on the upper right hand edge near the mouth of the cover.

A beautiful, still sealed copy of a Hendrix album that is unlikely to be reissued anytime soon, if ever.

Background: Jimi Hendrix may have only released three albums in his short lifetime, but he left behind hundreds of hours of studio recordings, some finished, some nearly finished, and some in a rather raw state.  The finished tracks were issued shortly after his death in the form of The Cry of Love, War Heroes, and Loose Ends, but the studios were uncertain about what to do with the partially completed tracks.

In 1975, producer Alan Douglas took on the task.  He found a group of promising cuts, removed all instruments from the recordings other than Jimi’s and had session musicians play along with the tapes.  This yielded two albums – Crash Landing, and Midnight Lightning.  The results weren’t much admired by either critics or hardcore fans of Hendrix, but the records sold well and were, for all of the controversy, actually pretty good albums.  Both are now out of print, and now that the Hendrix estate controls Jimi’s catalog, they are likely to stay out of print permanently 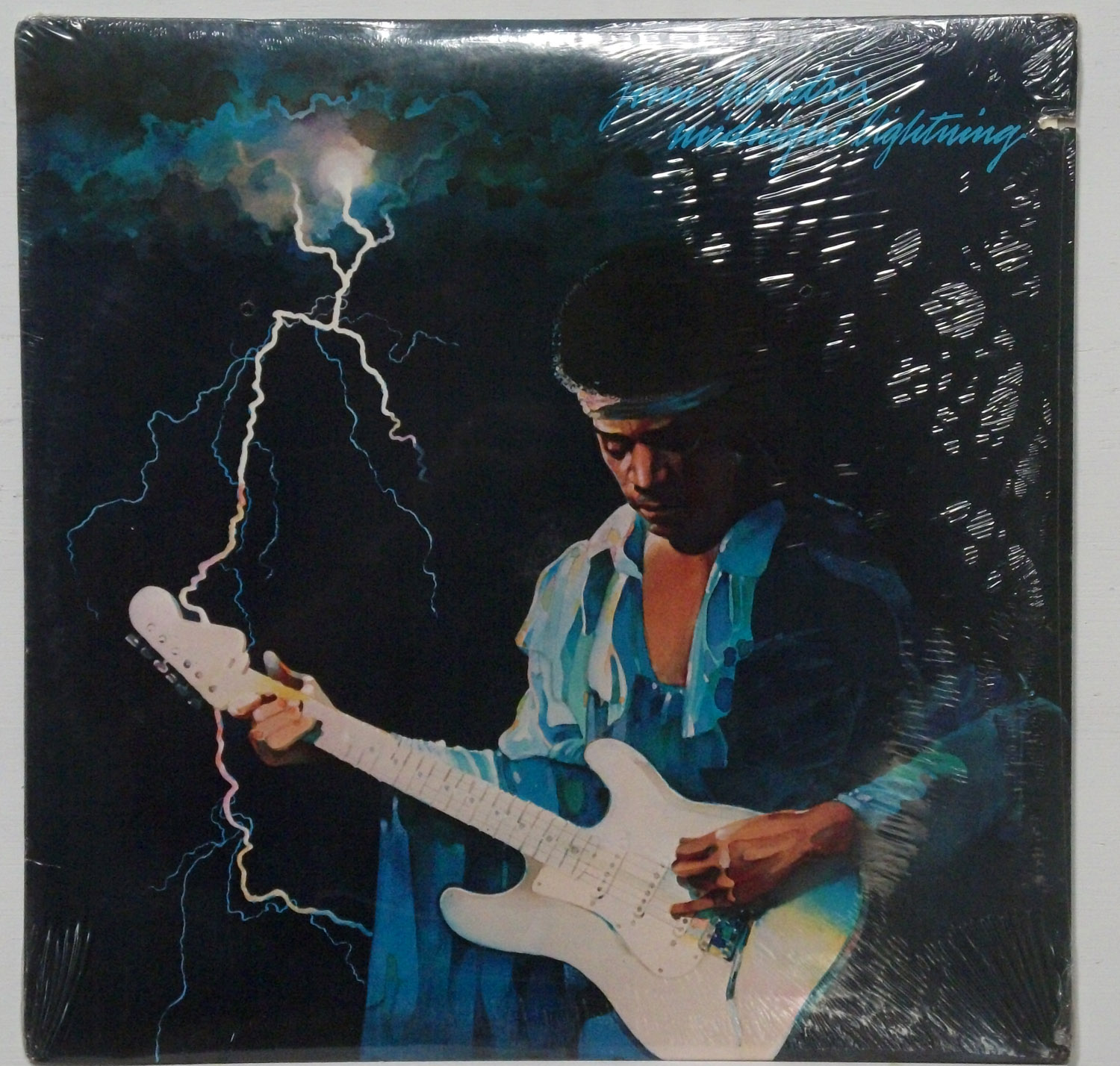