A sealed copy of the 1970 promo-only Philco LP featuring the Who and the Strawberry Alarm Clock.

Offered for sale is a still sealed promotional LP featuring one side by The Who and the other by the Strawberry Alarm Clock, issued in 1969 to promote Philco audio equipment.

About this copy: This particular copy is still sealed; the record is presumably new and unplayed.  There are no rips, tears, cuts or cutout marks whatsoever.   It’s just about perfect, and most used copies have extensive cover wear.

A beautiful example of an item that rarely turns up for sale and is one of the rarest items in the catalog of either band.

Background: This odd LP was part of a promotion by Philco, which was the electronics division of the Ford Motor Company.  Philco produced televisions and stereos in the 1950s and 1960s.  In 1969, Philco, in collaboration with MCA, released a series of albums that they called the Doublestar Series.

Each album (we know of at least 10 different ones) featured songs by one artist on the first side and a different artist on the other.  All of the artists were associated with MCA Records and related labels, such as Decca and UNI.  Most of the albums in the series were easy listening material, and this one is the only one of which we’re aware that included material by rock artists.

The Who material comes from several different albums, the Strawberry Alarm Clock material all comes from their 1968 LP, Wake Up…It’s Tomorrow.

The album was either sold or given away with the purchase of Philco-branded record players, or it may have been a mail order item.  It wasn’t sold in record stores, however, and was strictly intended to promote the Philco brand.

Side 2 – The Strawberry Alarm Clock

Sit With the Guru
Nightmare of Percussion
Soft Skies, No Lies
Curse of the Witches
They Saw the Fat One Coming 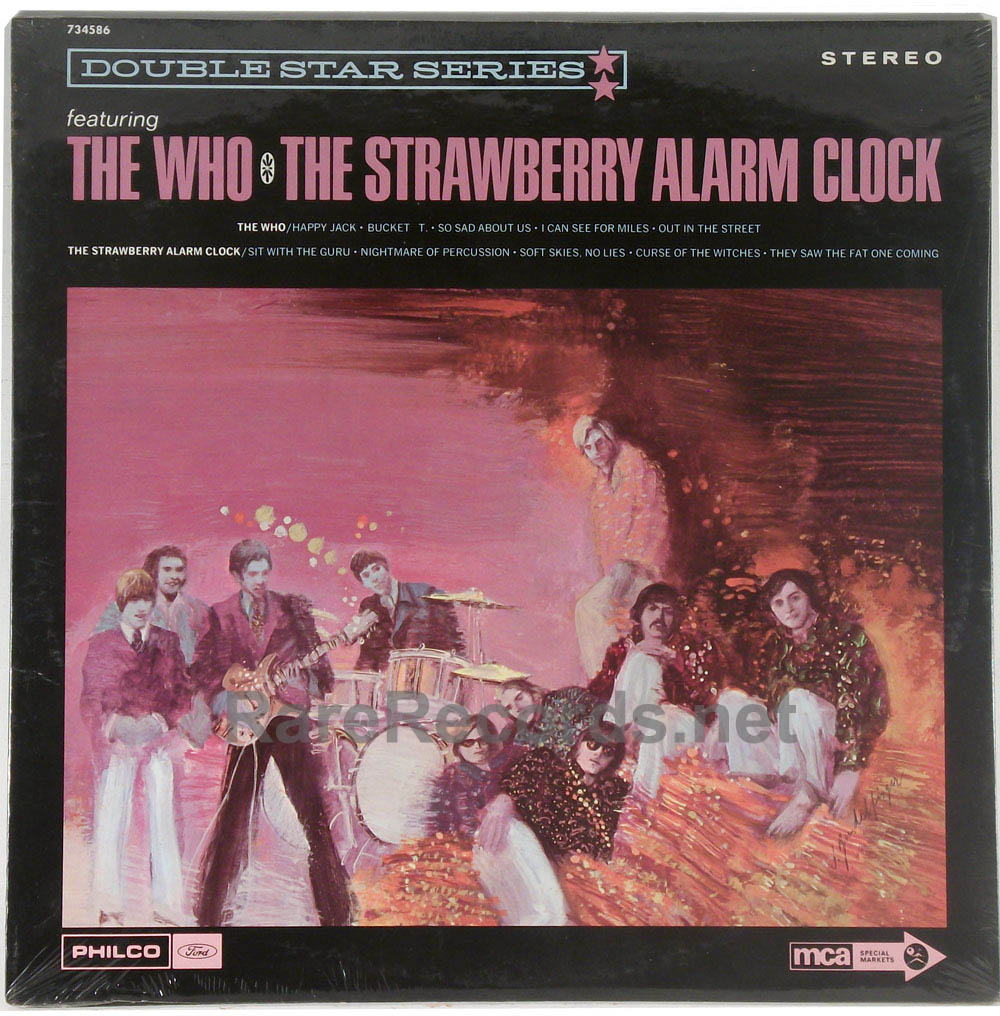