A sealed stereo copy of the 1966 LP Happy Jack by The Who.

Offered for sale is a still sealed stereo pressing of the second album by The Who, Happy Jack.

About this copy: This copy of Happy Jack is a still sealed stereo pressing; the record is presumably new and unplayed.  There is a punch hole in the upper left hand corner of the cover.  Aside from that and a very small (1/2″ or so) tear in the wrap near the lower right hand corner, the wrap is fully intact.

This is a second pressing of the LP; the Decca “Full Stereo” banner does not appear on the back cover.

Background: The second album by The Who was a bit different from the first, My Generation, due to the record company’s insistence that the album include songs written by all four band members.  That led to the inclusion of the odd “Cobwebs and Strange” by Keith Moon, but it also made for a more varied album.

Released in the UK as A Quick One, the album was titled Happy Jack for the U.S. release, as it included that track, which had been released as a prior single while deleting “Heat Wave,” which had been included on the UK release.

Happy Jack was released in December, 1966 in both stereo and mono, and went out of print in the early 1970s, though it was later reissued as part of a double album along with My Generation. 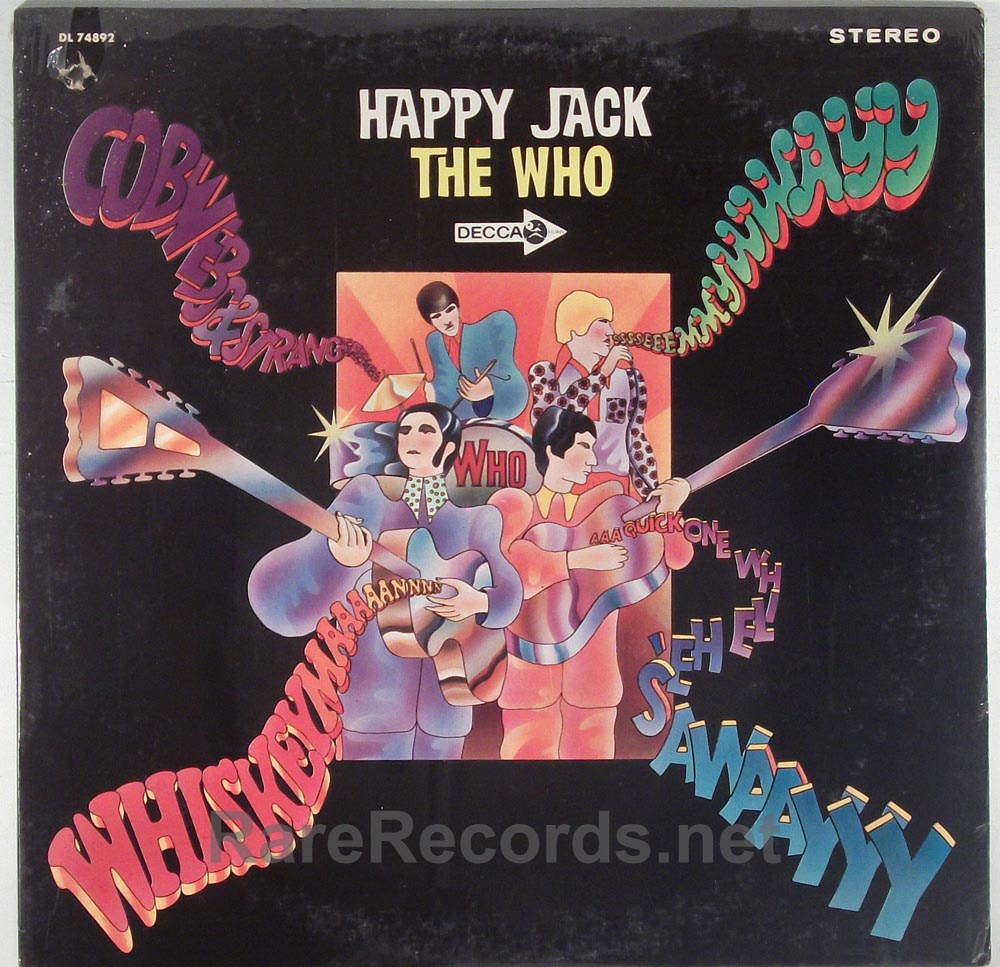