Dave Gardner – Did You Ever? sealed 1962 stereo comedy LP

A still sealed stereo copy of Dave Gardner’s 1962 comedy LP, Did You Ever?

Offered for sale is a still sealed stereo copy of Dave Gardner’s 1962 comedy album, Did You Ever? released by RCA Records as LSP-2498.

About this copy: The record is sealed in loose bag-style wrap applied by the retailer when the record was new.  A price tag is attached to the cover under the wrap.  The record is presumably new and unplayed.

A nice copy of a hard to find 1960s comedy artifact.

Background: Dave Gardner was a popular “adult” comedian whose career was halted by a drug bust in the early 1960s.  This LP is an original 1962 stereo pressing, presumably on the RCA black label with the dog at the top.  Stereo copies are scarcer than mono pressings for this title, as most comedy records sold in the early 1960s were in mono. 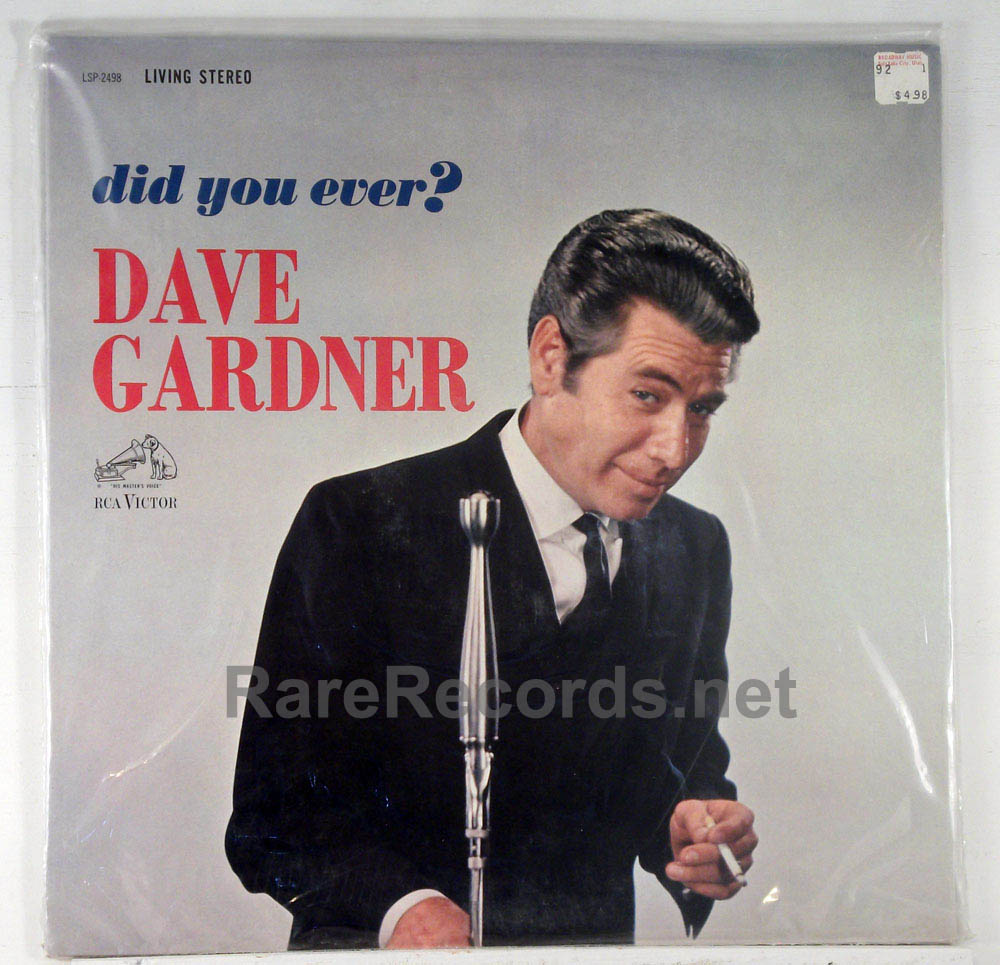