A rare Japanese “Battle Can” featuring The Who and Jimi Hendrix

Offered for sale is a rare Japanese double album featuring The Who and Jimi Hendrix, and officially titled “Battle of the Who & Jimi Hendrix,” complete with all inserts.  It’s usually referred to by collectors as the “battle can.”

About this copy: This copy of The Battle of the Who & Jimi Hendrix is a two record set, packaged in a film can as shown in the attached images.

The can is VG+, with slight wear and a small dent.  The records are M- and aside from a spindle mark or two, appear to have had very little play.

Also included in the “battle can”:

A beautiful copy of a very rare and very cool item that should appeal to collectors of either Jimi Hendrix or The Who.

Background: Japan is known for producing high quality records, along with albums that feature unique compilations and covers.  One rarely encounters anything as strange as Polydor’s “battle can” series, which was issued in 1970 or so.

These two record sets consisted of one record each by two different artists, packaged in a large film canister such as what might be used for a 35mm theatrical film.   We know of at least eight different titles in the series, but the can featuring The Who and Jimi Hendrix is one of the more sought out examples of the series.  (There are actually two different Who/Hendrix battle cans; this is the one containing studio recordings by Hendrix.)

Both discs are compilations: 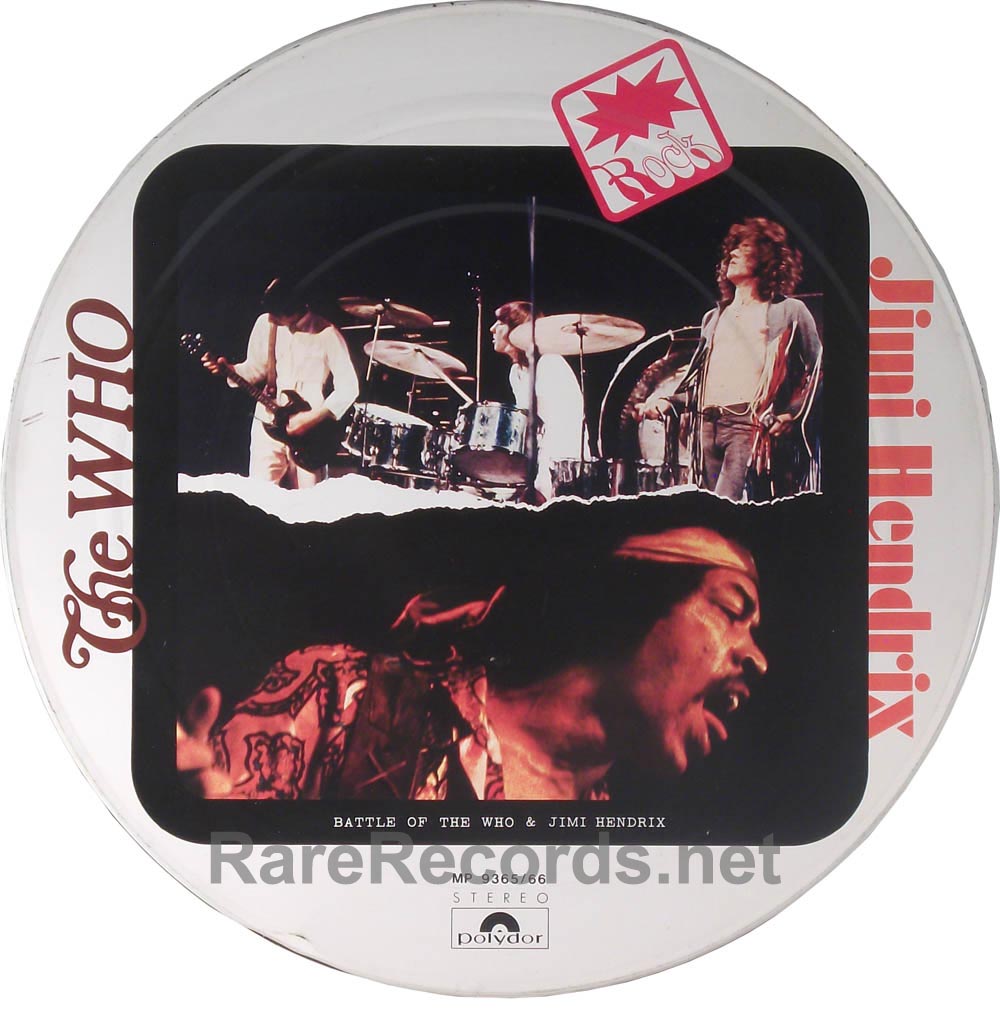 You're viewing: Who/Jimi Hendrix – Battle of the Who and Jimi Hendrix Japanese 2 LP set $476.00
Add to cart