Offered for sale is a still sealed copy of the Mobile Fidelity half speed mastered pressing of Tchaikovsky’s 1812 Overture.  The title is actually, A Tchaikovsky Spectacular, as it features three works:  the 1812 Overture, Romeo and Juliet, and March Slave.

About this copy: This copy is still sealed and has never been opened or played.  This copy is a cutout; it has a small saw mark on the cover and the LP was packaged at the factory without the heavy cardboard stiffener that usually accompanied Mobile Fidelity LPs.  The cover is sealed with loose-fitting shrinkwrap.

A nice sealed copy of one of Mobile Fidelity’s harder to find titles.

Background: The 1812 Overture is a workhorse for orchestras around the world; it lets them stretch out and even use real cannons when they are so inclined.  There are numerous audiophile recordings of the work that are highly regarded – Mercury’s late 1950s pressing, which was the first to use real cannons, another by Reiner and the Chicago Symphony from around 1960, and the early digital recording by Telarc that has been known to throw tonearm needles right out of the grooves when the cannons fire.

This recording, from 1973, features the London Symphony Orchestra, which was then conducted by Andre Previn in an all-Tchaikovsky album.  The 1812 piece includes the now-mandatory cannons in the finale.

Every title ever issued by Mobile Fidelity is collectible in its own right; their pressings from 1978 through 1989 were pressed in Japan by JVC on their proprietary Super Vinyl, an exceptionally resilient, dead-quiet vinyl compound. These records were mastered at half speed; both the tape and the cutting lathe were run at half the normal speed, allowing the cutting head to cut a more accurate groove in the acetate.  The finished product featured dead-quiet vinyl, with improved dynamics, better imaging, and tighter bass.  By their very nature, all of Mobile Fidelity’s titles were limited-edition pressings, and several titles were limited to 5000 numbered copies. 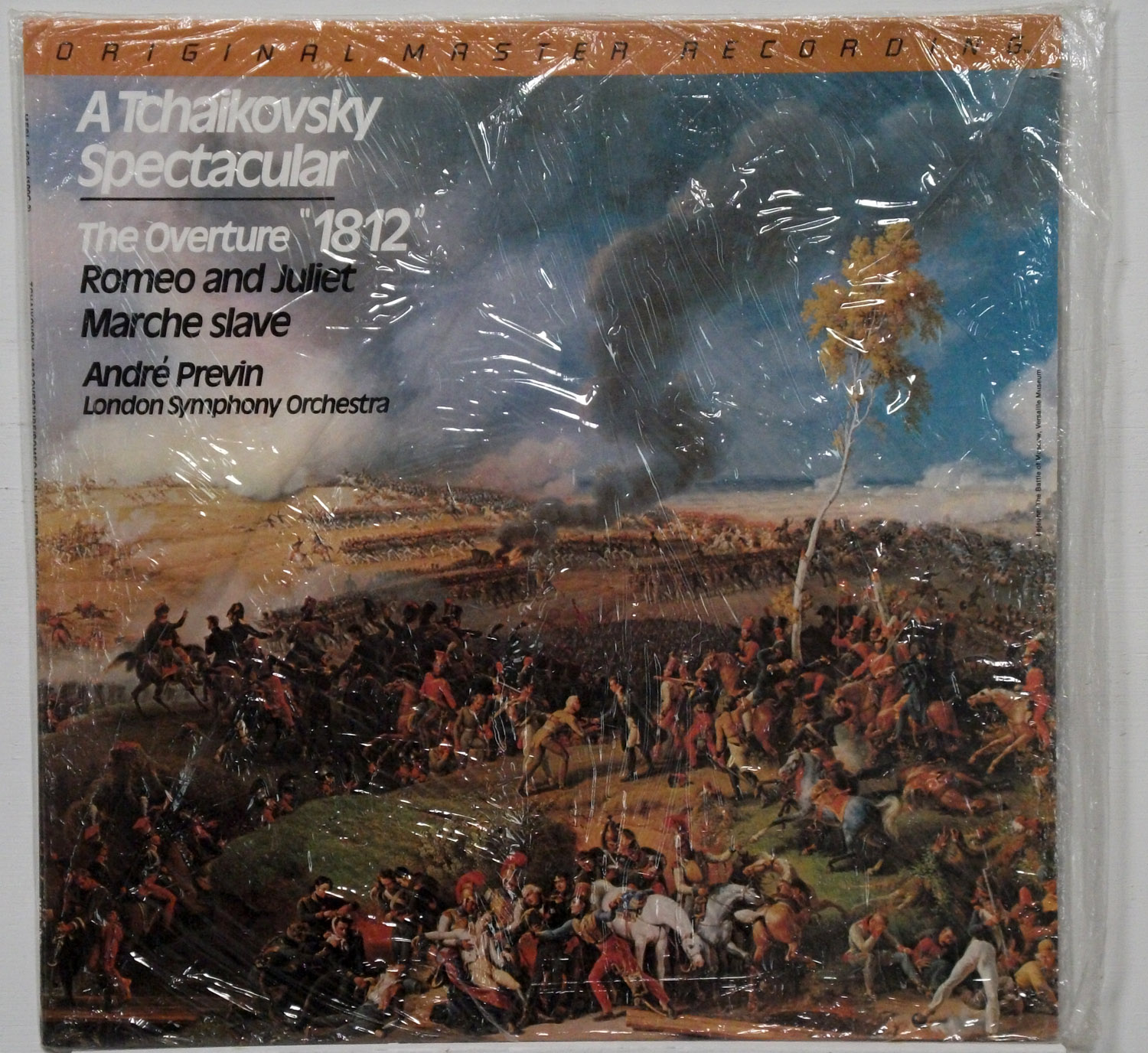