Offered for sale is a mono white label promotional copy of the Byrd’s self-titled 1973 reunion LP.

About this copy: The copy offered for sale is a white label promotional copy intended for radio station use, but it’s a very rare one – it was pressed in mono.

The record is in beautiful M- condition, with just a couple of very faint sleeve abrasions.  It’s nearly perfect.  The cover is VG, with a couple of bent corners and a bit of wear along the edges.  Two stickers are included; one with recommended track listings and one indicating that the record is a monaural promotional copy.

A very clean copy of one of the rarest Byrds records.

Background: The Byrds had a lot of success in the mid-to-late 1960s, but the original band fell apart after just three albums.  Roger McGuinn carried the band on through 1972 when they more or less dissolved.  The following year, the original band of McGuinn, Chris Hillman, David Crosby, Gene Clark, and Michael Clarke reunited for what turned out to be a single-album reunion.

While the resulting LP disappointed critics and had no hit singles, the album did reach #20 on the American Billboard albums chart.

Due to the decreasing numbers of AM stations which played album rock at the time, the labels pressed far fewer copies of the mono promo copies than the stereo ones.  By some estimates, as few as 50 copies of any title may have been pressed in mono.  The record is not labeled as mono, but the stereo designation is missing. 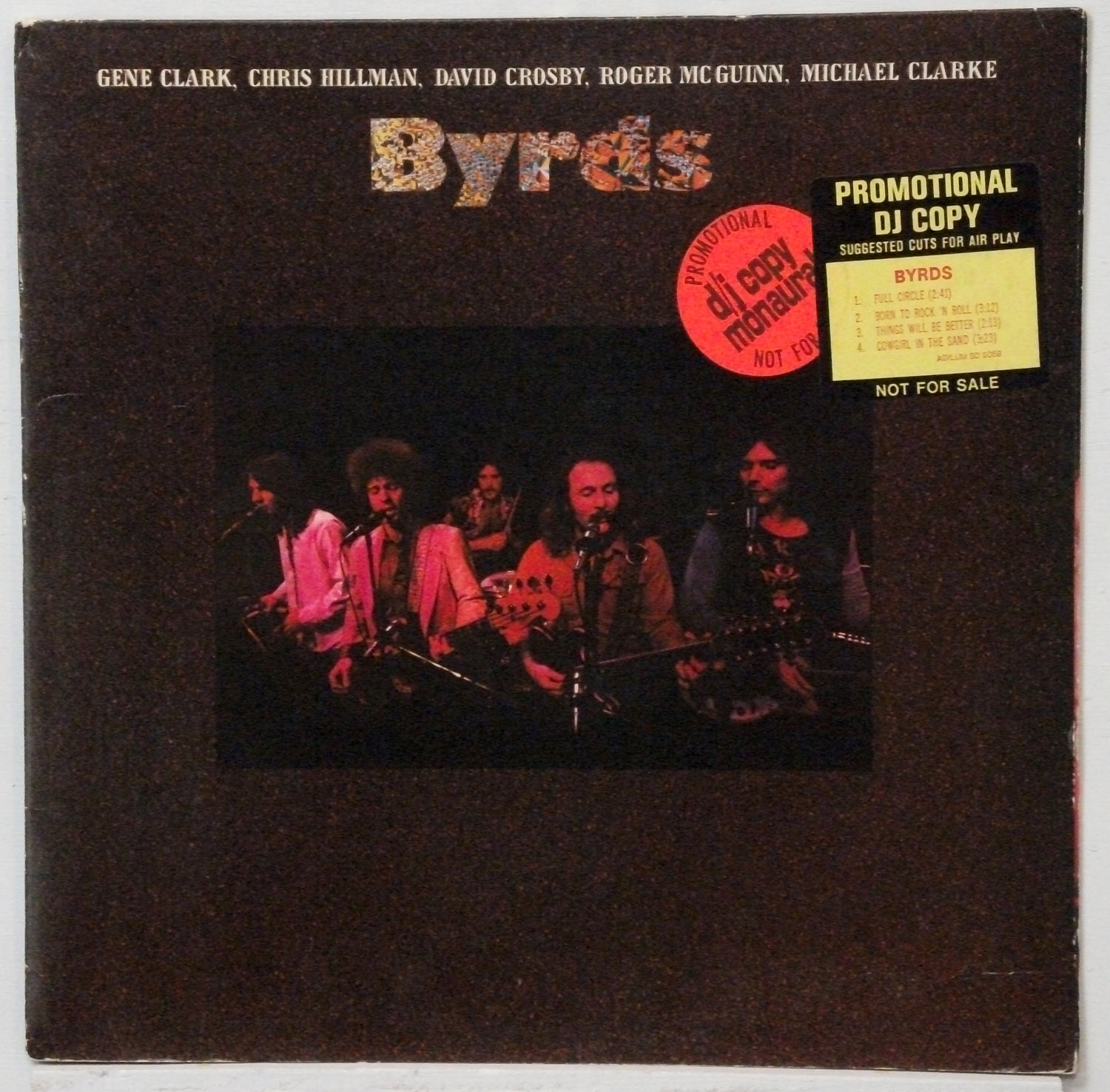