A sealed copy of the Classic Records 200 gram reissue of Prokofieff’s Lt. Kije and Stravinsky’s Song of the Nightingale.

Offered for sale is a still sealed copy of Prokofiev – Lieutenant Kije – Stravinsky – Song Of The Nightingale by Fritz Reiner and the Chicago Symphony, released by Classic Records on 200 gram Quiex SV-P vinyl, originally released in 1958 by RCA as LSC-2150.

About this copy: The copy offered for sale is a still sealed pressing on 200 gram Quiex SV-P vinyl.  The record is presumably new and unplayed.

This is a terrific copy of a great recording of a classical album that everyone should own.

Background: There are numerous recordings by Fritz Reiner and the Chicago Symphony that are highly regarded by fans of classical music as well as audiophiles.  One of the most appreciated titles is the 1958 recording of Prokofiev’s Lt. Kije, and Stravinsky’s Song of the Nightingale.

Originally issued by RCA, the album was in print for decades, with each pressing sounding worse than the one that preceded it, due to tape deterioration.  The album has been listed on the recommended list by the music publication The Absolute Sound for years, and for good reason – it’s an amazing recording.

Classic Records reissued a series of RCA classical titles by making new two track masters from the original three track tapes, and the results were spectacular.  The label pressed the album at both 33 1/3 and 45 RPM speeds, and at both 180 gram and 200 gram vinyl weights.  The 200 gram pressings were issued on high-quality Quiex SV-P vinyl. 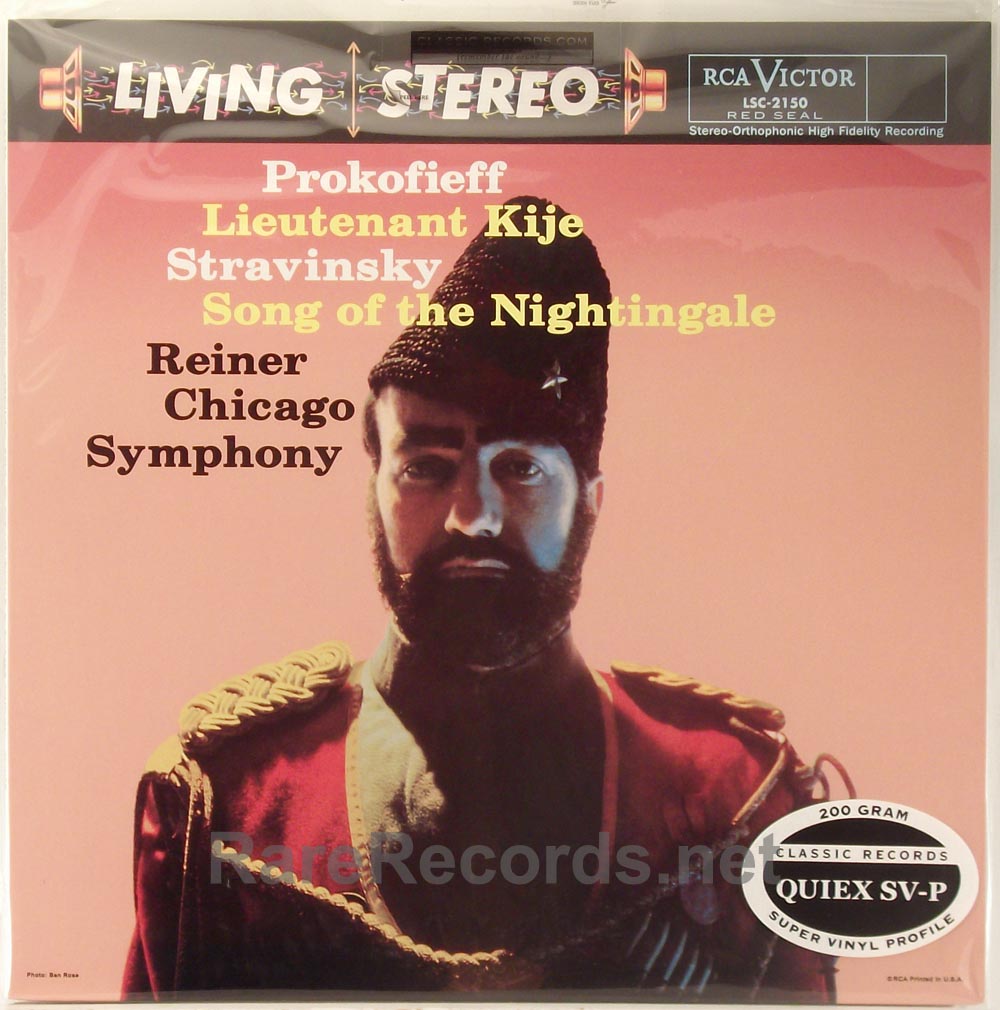