Offered for sale is a copy of the 180 gram, Classic Records reissue of Tchaikovsky’s Capriccio Italien, performed by Kiril Kondrashin and the RCA Victor Symphony Orchestra, accompanied by Artur Rubinstein on piano. This was originally issued in 1960 by RCA Records as LSC-2323.

About this copy: This copy of Capriccio Italien was released in a limited edition pressed on a 180 gram disc for optimum sound quality. The LP comes in a printed cover that duplicates the cover used on the original RCA release, and the label features the “shaded dog” RCA label art that was used on the original pressing.

The record and cover are in M- condition.  This is a beautiful copy of one of the more sought-after titles in the Classic Records Living Stereo series.

Classic Records began reissuing many of these titles in the mid 1990s, first as 180 gram 33 1/3 LPs, and later as limited edition pressings cut at 45 RPM on multiple, single-sided discs for optimum sound quality. Some of these titles were pressed multiple times at different weights and types of vinyl. Later pressings note Quiex SV, Quiex SV-P, Clarity Vinyl or 200 Gram vinyl on the jackets. Earlier, 180 gram pressings omit this. 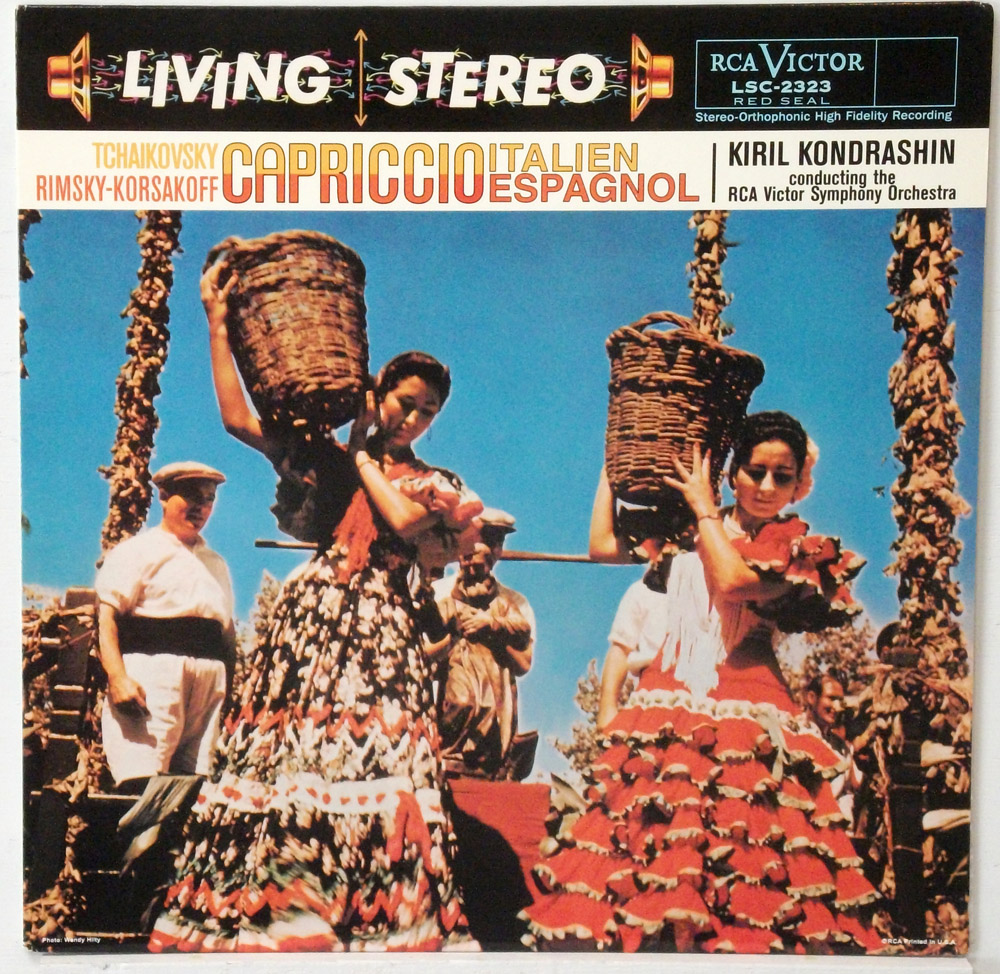