A sealed copy of Priscilla Loves Billy by Priscilla Paris.

Offered for sale is a sealed copy of Priscilla Loves Billy, by Priscilla Paris.

About this copy: The copy of Priscilla Loves Billy offered for sale here is still sealed; the record is presumably new and unplayed.  While there are no cutout marks, cut corners or drill holes, there is a 5″ split in the shrink wrap at the mouth of the cover.  We’ve secured that with cellophane tape.  A couple of the corners are slightly pushed.  Otherwise, there are no rips or tears in the wrap.

Background: Priscilla Paris is best known as a member of the Paris Sisters, a talented pop group that had limited success in the 1950s and 1960s.  Their biggest hit was the Phil Spector-produced “I Love How You Love Me.”  They released three pretty good albums over the years, and all of them are quite scarce.

Priscilla Paris had the most successful career of the three sisters, releasing three solo albums between 1967 and 1978.  Perhaps the best of them was 1969’s Priscilla Loves Billy, which, despite the misspelling in the title, was a tribute album to Billie Holiday.  It didn’t sell particularly well, partly because the album was released on the short-lived Happy Tiger label, which didn’t have the best distribution.

That’s a pity, as Priscilla Loves Billy is a terrific record.  AllMusic.com gave it four stars:

Girl group alumna Priscilla Paris may not seem the logical candidate to record a collection of jazz standards identified with Billie Holiday, but listen closer to the Paris Sisters’ records and beneath her breathy vocals exists a potent undercurrent of loneliness and loss. Priscilla Loves Billy does real justice to Holiday’s spirit and brilliance, largely because Paris doesn’t even attempt to match the matchless; instead, she favors the kind of light, airy pop arrangements that serve her best, teaming with arrangers Sid Feller and Don Peake to create a sweetly romantic record informed by genuine pathos and poignancy. 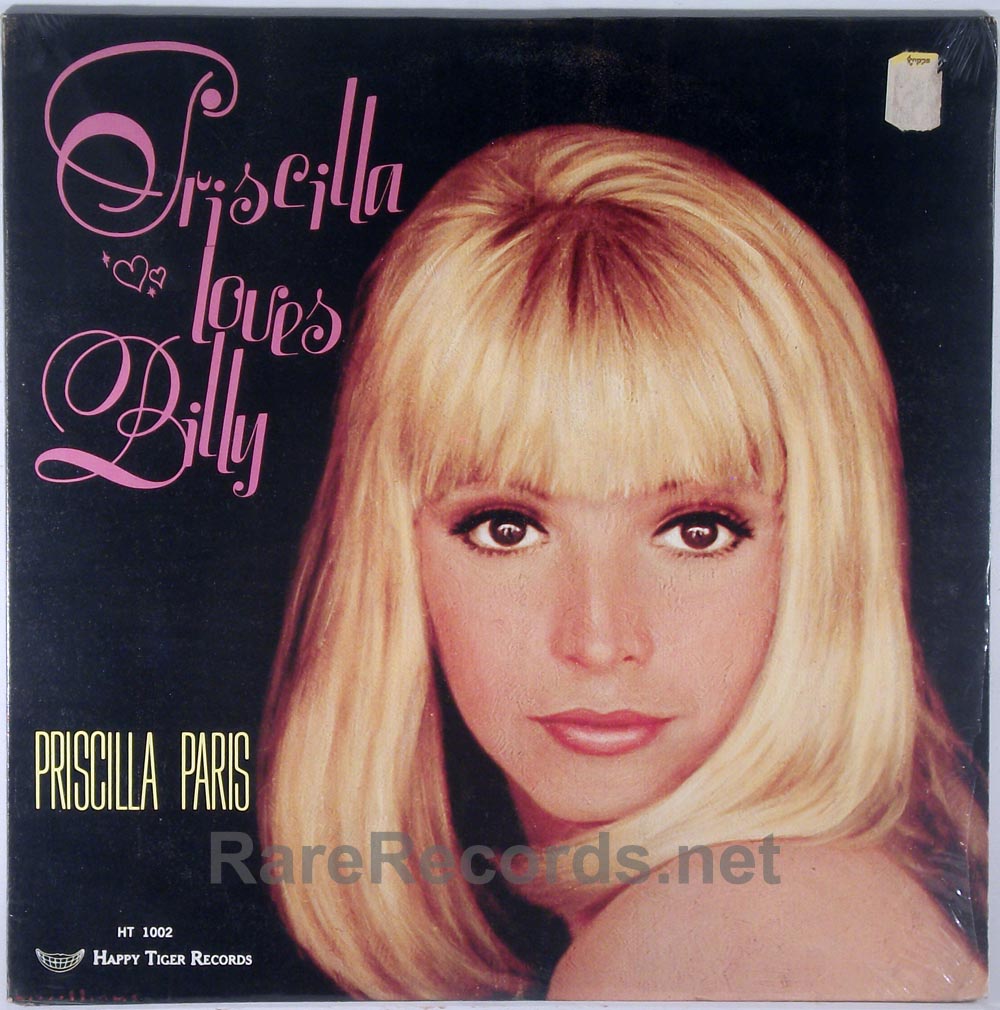