A sealed mono pressing of the 1966 second album by the Outsiders, Album #2

Offered for sale is a sealed mono copy of the second album by The Outsiders, released in 1966 and titled Album #2.

About this record: The copy offered for sale is an original U.S. mono copy, and the album is still sealed.  The record is presumably new and unplayed.  The shrinkwrap is fully intact, with no rips or tears.  There is a cutout hole in the upper right hand corner of the cover.  The original price sticker is still attached.

A nice copy of a terrific record that will be hard to upgrade.

Background: The Outsiders had a big hit in 1966 with “Time Won’t Let Me.”  While they’re best remembered for that song, they also had three other songs reach the American Top 40, including “Respectable,” which was included on their second album.

The Outsiders launched themselves on the world with a killer single (“Time Won’t Let Me”) and an accompanying album that was one of the best debuts ever to come out of Capitol Records, at least from a U.S. band. The acid test was this, their second album which, as it turns out, was only marginally less impressive than their debut. . This album peaked at number 90 on the U.S. charts, which isn’t half as well as it ought to have done, based on the music it contained. 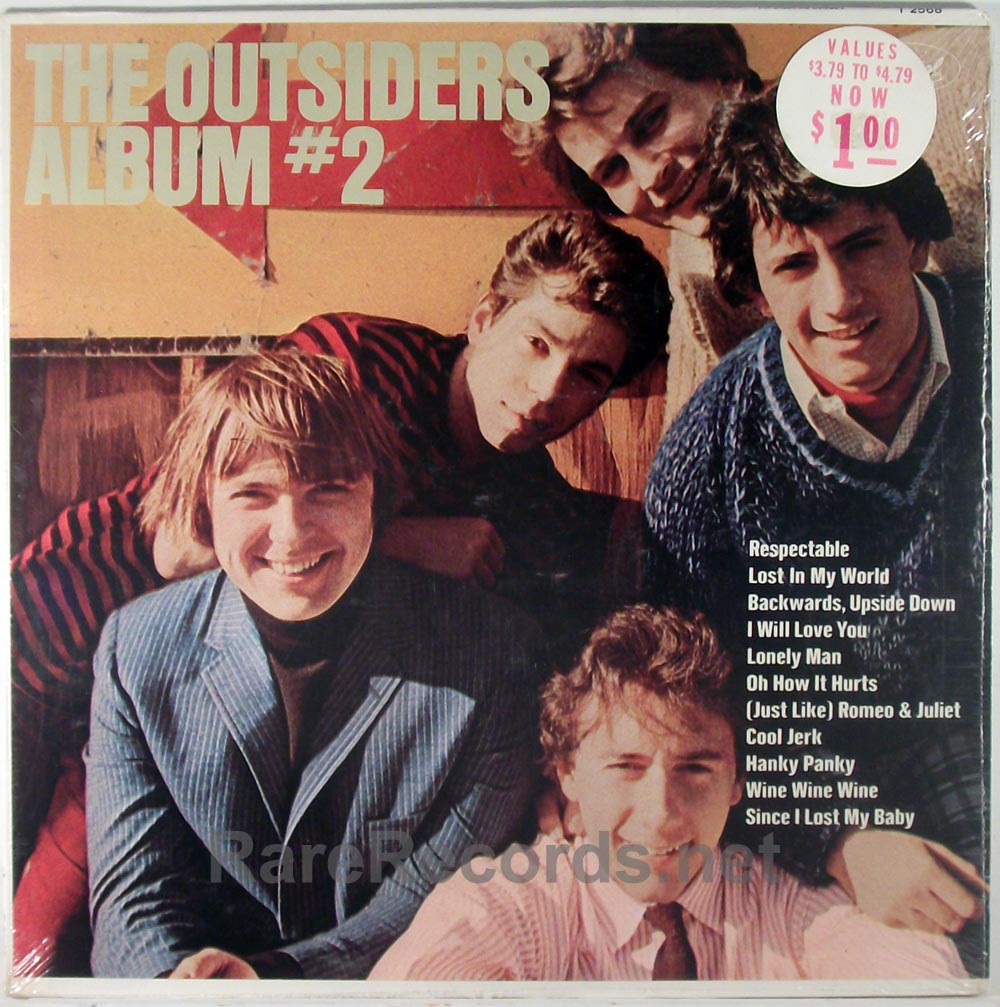