A sealed copy of The Big Hurt by Miss Toni Fisher.

Offered for sale is an original, still sealed copy of the 1960 LP, The Big Hurt by Miss Toni Fisher.

About this copy: The copy of The Big Hurt offered for sale is a still sealed “stereomonic” pressing, with the cover fully sealed in a loose poly bag, as was the custom at the time of its manufacture.  The record is presumably new and unplayed.

A beautiful copy of a scarce pop album and the only copy of this album, sealed or otherwise, that we’ve ever seen.

Background: Toni Fisher, credited as Miss Toni Fisher on this LP, had a couple of chart hits, but she’s best remembered for her 1959 song, “The Big Hurt.”  That tune went to #3 on the Billboard charts, and was distinctive as being the first hit record ever to use the special effect known as “flanging” in the recording process.

This resulted in an odd, sweeping “whoosh” sort of sound that could be heard throughout the entire record.

The album, released on the tiny Los Angeles-based Signet Records, was hard to find even when released in 1960.

It’s also quite hard to find in playable condition today, as the record label opted not to press records in both stereo and mono, as was standard practice, but to release them in stereo only.  The cover claimed that the recording was “stereomonic,” and that it could be played on both mono and stereo players, but that wasn’t true.

You could play it on stereo players, but if you played it on a mono phonograph, the wider and less flexible mono stylus would damage the grooves.  Since most people at the time had mono players, most of the copies of this album were damaged from play and are in pretty rough condition today, if you can find one at all.

We’re not sure about the actual stereo content of the album; it may or may not be in true stereo.

You can listen to The Big Hurt here: 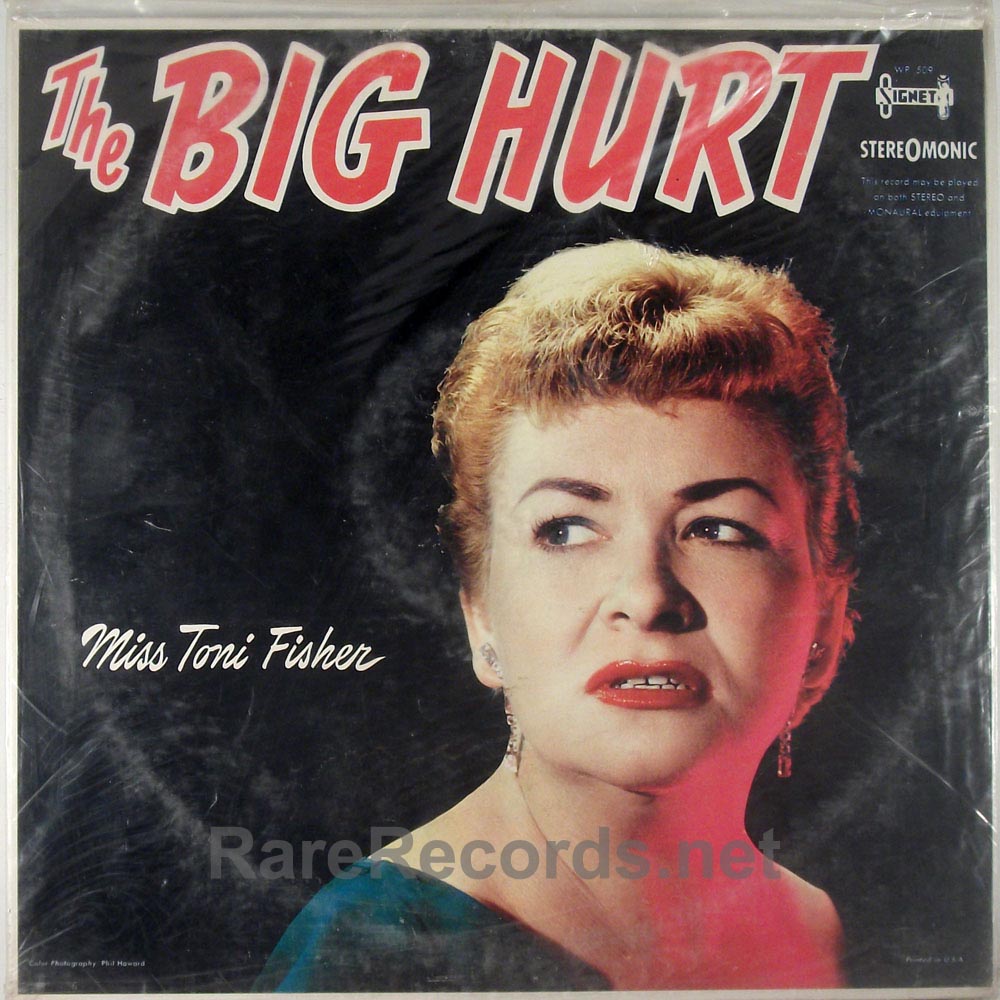