A sealed copy of the 1961 adult comedy LP, Sin-Sational, by Rusty Warren

Offered for sale is a sealed original copy of Rusty Warren’s comedy album, Sin-Sational, issued in 1961 on the Jubilee label.

About this copy: The copy of Sin-Sational is an original mono pressing, sealed in a loose bag.   All copies were mono; there were no stereo pressings.  The record is presumably new and unplayed. There is an original price sticker on the wrap.

Background: It’s hard to imagine today, but in the late 1950s and early 1960s, adults frequently sat around the living room, drinking cocktails and listening to comedy albums.  Rusty Warren gained popularity at this time with her “adult humor”, which was often somewhat (for the time) sexually risque.  While her material is somewhat dated today, and no longer particularly provocative, her albums are an interesting artifact of the era.  Sin-Sational was her third in a series of best-selling comedy albums for Jubilee. 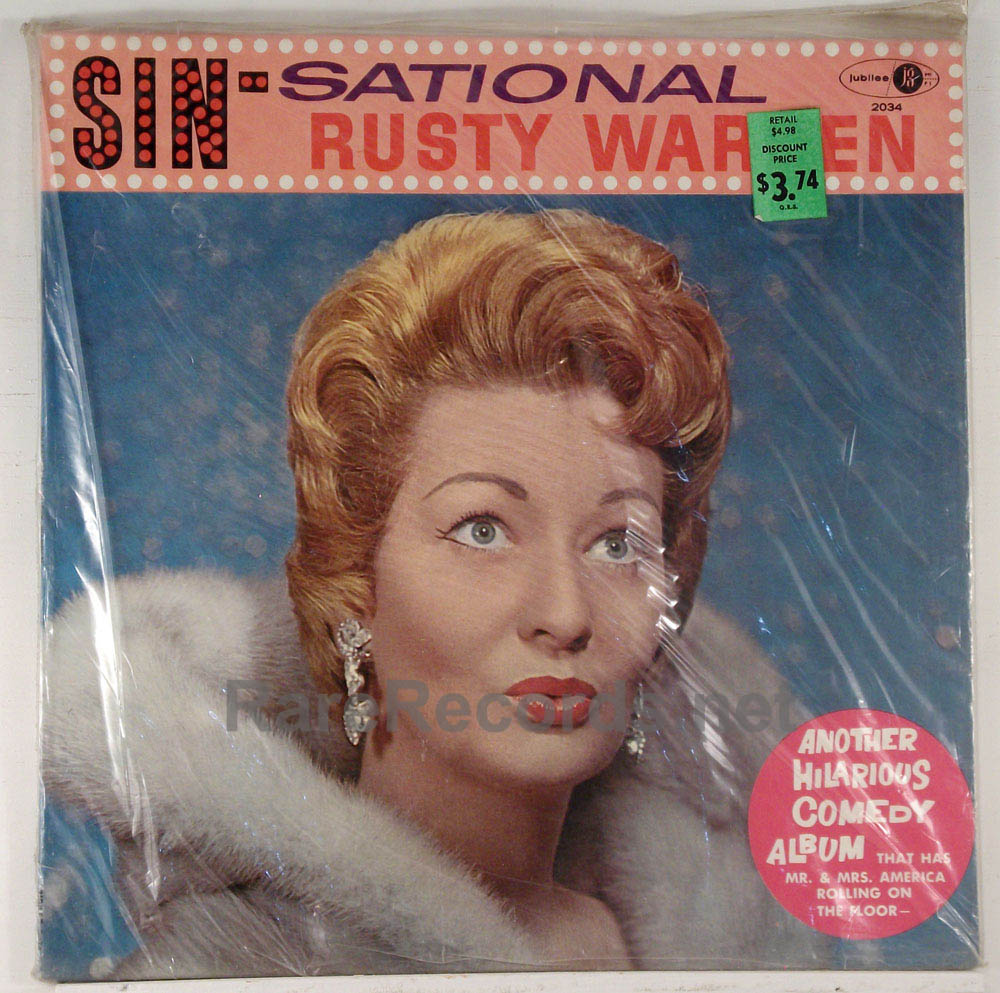