Bob Dylan – Another Side of Bob Dylan sealed mono 1964 LP

Offered for sale is a still sealed mono pressing of Another Side of Bob Dylan by Bob Dylan.

About this copy: This copy is an original mono pressing and is still sealed in its original plastic inner sleeve.  The record has presumably never been opened or played.

The cover is in Very Good Plus condition, with traces of ring wear at the top and bottom of the front.

While all of Bob Dylan’s mono albums have been recently reissued, the reissues were made from master tapes that are nearly fifty years old. If you want to hear the record as it sounded on the day of release in 1964, you will have a hard time finding a better copy than this one.

Background: Bob Dylan’s fourth album, the 1964 LP Another Side of Bob Dylan, contains some of his best known songs:  All I Really Want to Do, It Ain’t Me, Babe, Chimes of Freedom, and My Back Pages among them.  While failing to chart as highly as his previous two albums, it did sell well at the time of release.  As was common in the 1960s, this LP was released in both mono and stereo, with mono pressings being phased out in early 1968.

A beautiful copy of a record that is very difficult to find in this condition. 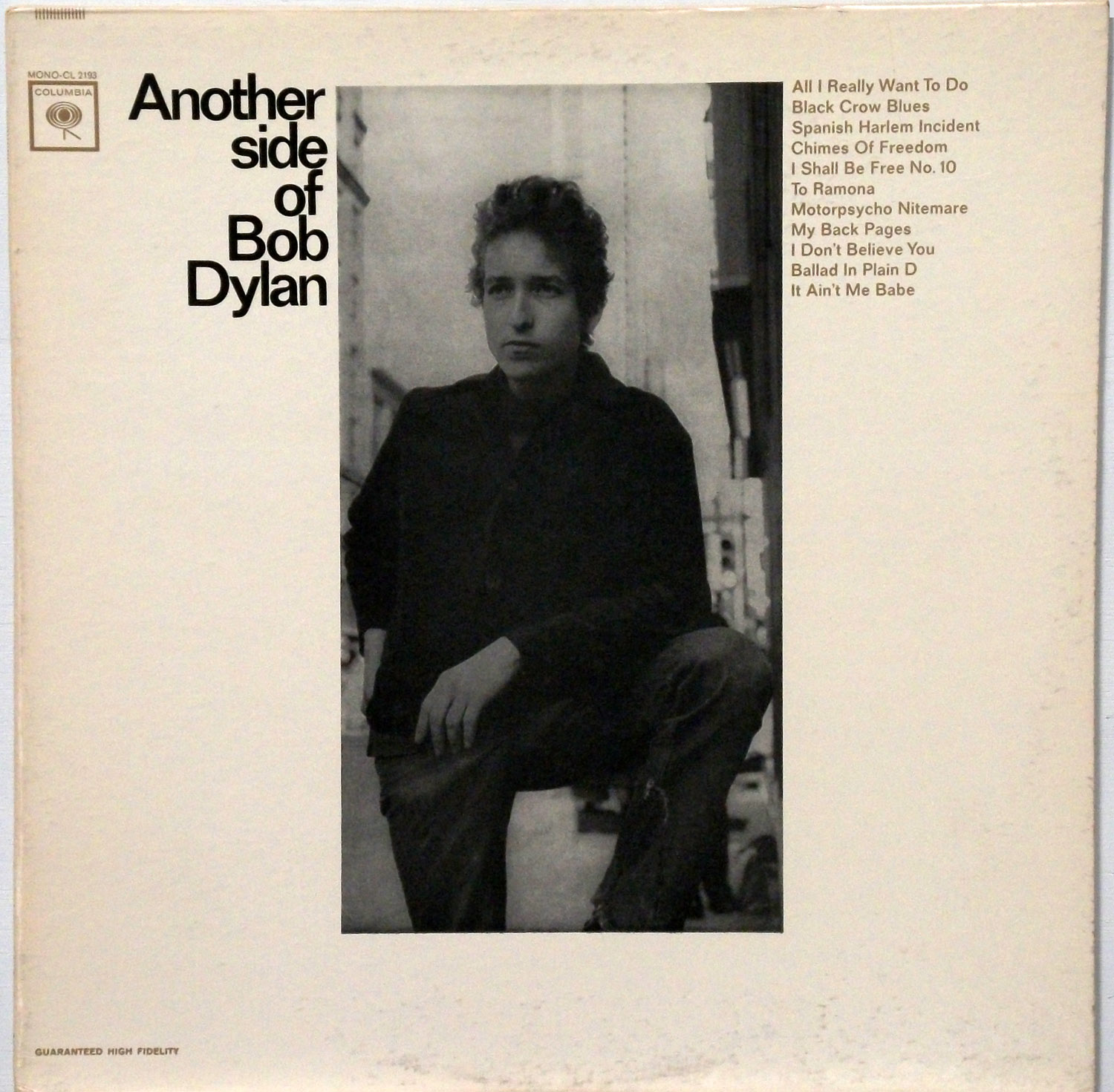