A sealed numbered limited edition Dutch pressing of The Incident by Porcupine Tree, including a 48 page book.

Offered for sale is a still sealed numbered limited edition Dutch pressing of The Incident by Porcupine Tree, including a 48 page book that was not included in standard editions of the album.

About this copy: This copy of The Incident is a still sealed numbered copy (1631/2000) of the limited edition version of the album that included a 48 page booklet that was not issued with the standard version of the LP.

The shrink wrap is fully intact with no rips, tears or holes.

Background: Released in 2009, The Incident was the final studio album by Porcupine Tree.  The album was the band’s highest charting album ever, reaching #23 in the UK and #25 in the U.S.

Set up similarly to Rush’s 1978 classic, Hemispheres, The Incident is comprised of a single long song — the title track — that features many different movements (which would have taken up the entire side one back in the good ol’ days of vinyl), as well as a handful of shorter compositions that close the album. The aforementioned title track will certainly be the talk of the album, as it manages to incorporate bombast and melody (the sixth movement, which shares the album’s title), rock (“Octane Twisted”), Yes’ folky moments (“The Seance”), and Tool-like grooves (“Circle of Manias”), before it all gently floats away on a cloud of fairy dust (“I Drive the Hearse”). That said, unlike early proggers who favored meandering instrumental doodling over succinct songwriting, Porcupine Tree always favor the importance of memorable songs over flashy solos, which certainly makes the group one of the top modern-day prog rock bands. 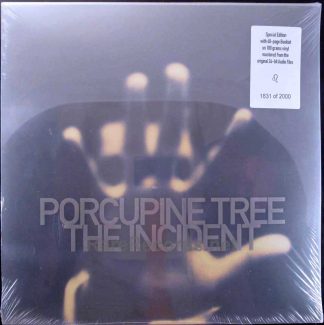