We call it an EP: it actually runs some 70 minutes across four sides.

As the album is still sealed, the records are presumably new and unplayed.

A beautiful copy of a terrific set.

Background: Voyage 34 was recorded in the early 1990s, and the track was recorded for their Up the Downstair album but was instead released (in edited form) as a single.

In 2010, Kscope released an expanded version as a 2 LP set, pressed on white vinyl.

Voyage 34, originally a two-volume EP series from 1992-1993, was expanded into “The Complete Trip” after Steven Wilson remixed and added production for its eventual re-release seven years later. Documenting the ill effects of an acid trip by a frequent user (the first 33 were fine), the four-phase work begins with a straight-laced narrator explaining the events leading up to the trip, with straight-ahead (though slightly exploratory) guitar work by Wilson over a mid-tempo drum section.

This week, all Folk and Folk Rock LPs are on sale!
Gift Cards Now Available! 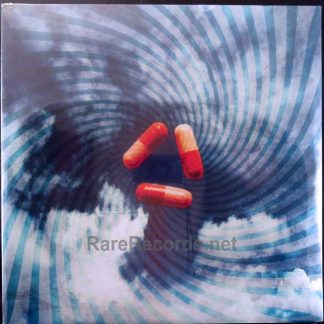