A still sealed copy of the 2010 UK double LP Recordings by Porcupine Tree.

Offered for sale is a still sealed copy of the limited edition UK double LP Recordings by Porcupine Tree.

About this copy: This copy of Recordings is a sealed 2 LP set on the UK Kscope label.  This was a limited edition of 2000 copies.

The wrap is fully intact with no rips, tears or holes.  The LPs are presumably new and unplayed.

Background: Recordings was a compilation album of unreleased tracks and B-sides of singles from the Stupid Dream and Lightbulb Sun recording sessions.

Originally released on compact disc in 2001, the album was released on vinyl by Kscope Records in the UK in 2011 as a limited edition of 2000 copies.

Released as a semi stopgap collection in mid-2001 during a period of general Porcupine Tree inactivity, outside of some concert appearances here and there, Recordings compiles the various B-sides and extra tracks from singles taken from Stupid Dream and Lightbulb Sun, adding a couple of unreleased goodies as well. It’s obviously for the hardcore fans more than anyone else — those wanting an introduction to the band will find it of interest but not the best place to start. Those hardcore fans, though, will find it a very enjoyable release, with the previously unavailable songs of definite interest. 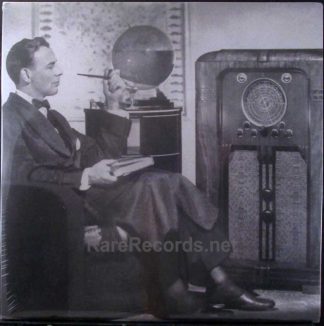