A sealed clear vinyl pressing of the double album Deadwing by Porcupine Tree.

Offered for sale is a limited edition clear vinyl pressing of the 2 LP set Deadwing by Porcupine Tree, issued in 2018 on Kscope records.

About this copy: This copy of Deadwing is a 2018 clear vinyl limited edition pressing of an LP that was originally released in 2005.

This set was pressed on both black and clear vinyl; the clear vinyl editions were limited and sold out as preorders.

This LP is new and unplayed; the album was not sealed at the factory, but was instead shipped in a resealable bag.  We received this copy directly from the record company and haven’t opened it.

Background: Deadwing, released in 2005, was the eighth studio album by Porcupine Tree, and their highest charting album up to that time, reaching #97 in the UK and #132 in the U.S.

Porcupine Tree have always been pigeonholed with the modern prog movement, but the reality is that they’re both a riff-addicted metal band and a troupe obsessed with rich harmonies and memorable refrains. …If the 12-minute sonic meander known as “Arriving Somewhere but Not Here” is as head-trippy as rock music gets anymore, it is reassuring to know that this Tree is still growing. Ideal for headphones, Deadwing — despite its title — takes flight nonetheless. 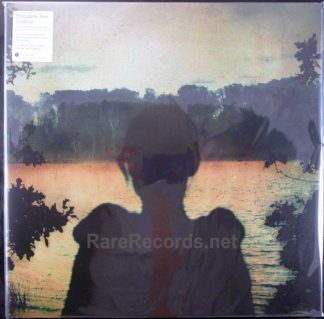