Offered for sale is a Dutch pressing of the classic 1966 John Mayall LP, Bluesbreakers With Eric Clapton, with a cover that is unique to this pressing.

About this copy: The copy offered for sale is unusual, and the only example we’ve ever seen of a Dutch pressing of the LP.  It has a copyright date of 1968, though it’s possibly a reissue from the early 1970s.  It also has a unique cover that’s completely different from any other version of the album we’ve ever seen.

Cover and disc are M-, though there is a saw mark in the cover.  A beautiful and unusual copy of a great LP.

Background: After leaving the Yardbirds, but before forming Cream, Eric Clapton did a short sting with John Mayall.  This 1966 LP, known as Bluesbreakers With Eric Clapton, is often regarded as a high point in the career of both artists.  Also known as “Beano” because of the comic book that Clapton’s reading on the cover, this LP also features the work of a pre-Fleetwood Mac John McVie.

Bluesbreakers with Eric Clapton was Eric Clapton’s first fully realized album as a blues guitarist — more than that, it was a seminal blues album of the 1960s, perhaps the best British blues album ever cut, and the best LP ever recorded by John Mayall’s Bluesbreakers. Standing midway between Clapton’s stint with the Yardbirds and the formation of Cream, this album featured the new guitar hero on a series of stripped-down blues standards, Mayall pieces, and one Mayall/Clapton composition, all of which had him stretching out in the idiom for the first time in the studio. 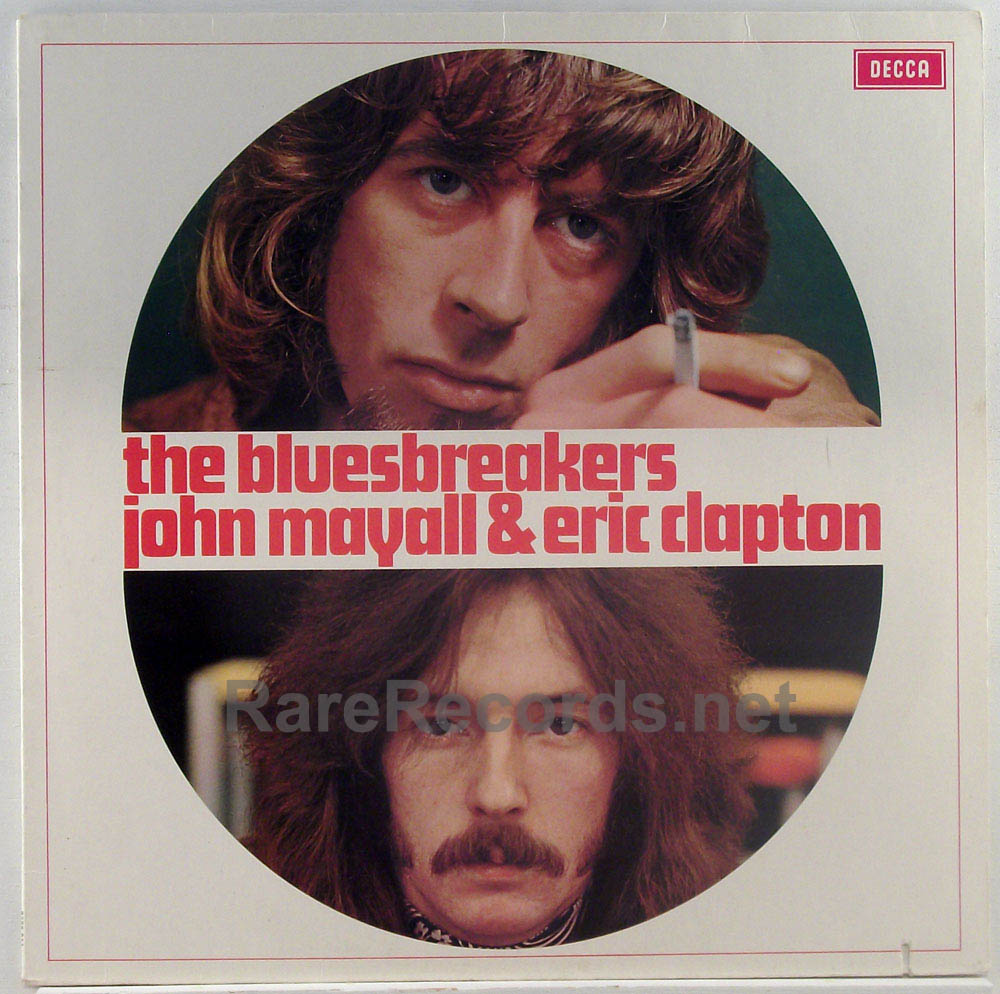