Offered for sale is a still sealed stereo pressing of the 1965 LP Live! by the Ike & Tina Turner show.

About this copy: This copy of Live! is an original still sealed 1965 stereo pressing on the gold Warner Brothers label.  The album has been removed from its shrink wrap, but the record is still sealed in its original polyethylene inner sleeve and is presumably new and unplayed.

The cover is VG++, with a small tear at the edge of the lower left hand corner.

A gorgeous copy of a terrific LP.

Background: Their lives may have been volatile, but so was their stage show.  Ike & Tina Turner’s live performances in the 1960s were terrific, and between 1964 and 1966, there were no fewer than three live albums (all with similar titles) released by the duo on three different labels.

The LP issued by Warner Brothers in 1965, simply titled Live!, may be the best of the bunch.  Allmusic.com gave Live! 4 stars:

In late 1964, Kent Records released the live album The Ike and Tina Turner Revue Live, which gave the group its first placing on a national LP chart in January 1965. Warner Bros. Records, which had just acquired rights to a similar recording by the label-hopping duo, quickly countered with this similarly titled album, which did even better than the Kent release, placing in the Top Ten of the R&B charts in February 1965. The recording is primitive and raw, with considerable distortion, but that only adds to the excitement as Tina Turner shouts and screams her way through standards like Sam Cooke’s “Good Times” and the Isley Brothers’ “Twist and Shout.” 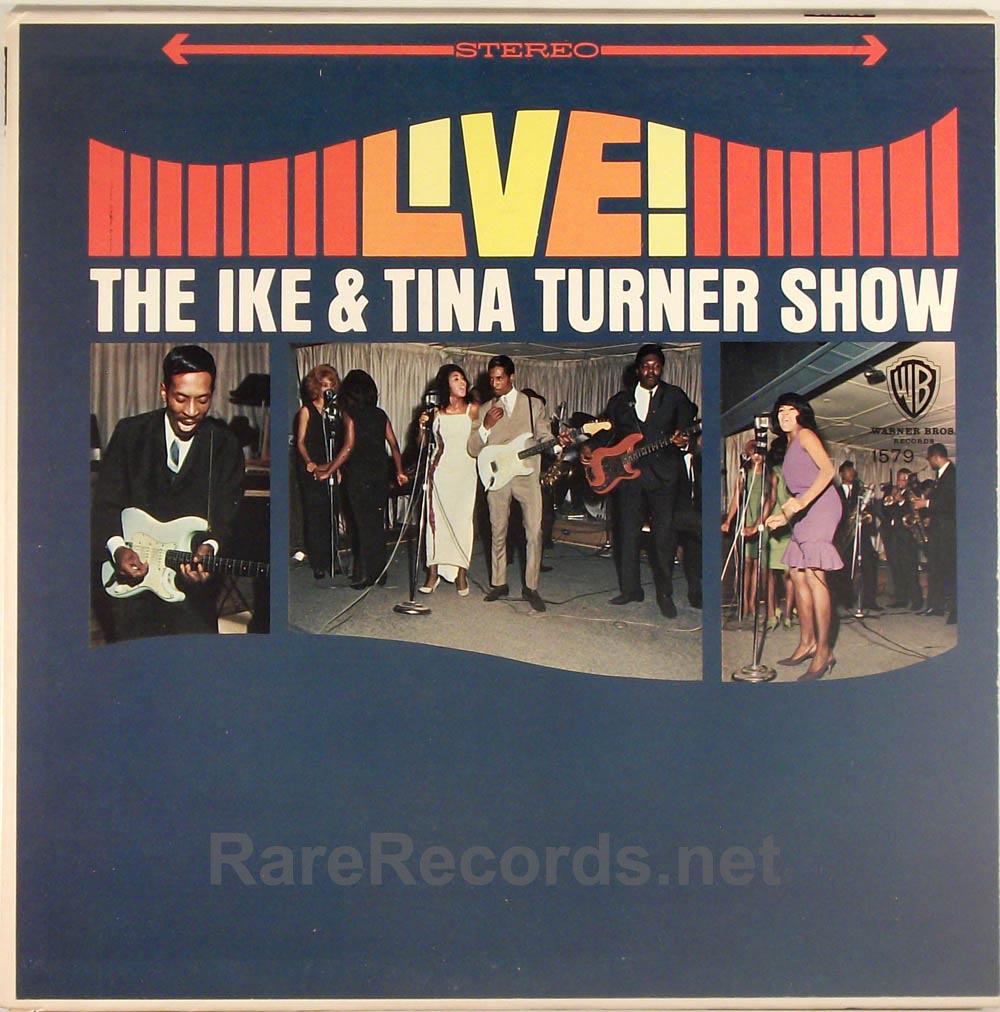