Offered for sale is a still sealed mono copy of the 1966 debut LP by The Grass Roots entitled Where Were You When I Needed You.

About this copy: The copy offered for sale is a still sealed mono pressing.  The shrink wrap is fully intact and the record is presumably new and unplayed.

A terrific artifact of the 1960s folk rock movement.

Background: The Grass Roots story is a complex one, and it involves no fewer than three different bands using that name.  When the Byrds hit it big with “Mister Tambourine Man”, Dunhill records asked staff composer Phil Sloan if he could write something in the folk-rock vein.  He responded with the song “Where Were You When I Needed You.”

When a demo of the song Where Were You When I Needed You started getting airplay, the label decided that an album was necessary, even though there wasn’t really a band to record it.  Because of this, the album was recorded using session musicians and released with no band information or photos on the cover.  The first album is essentially the work of LA’s famed Wrecking Crew, along with PF Sloan and Steve Barri.

After this LP, the label found a band to record under the Grass Roots name and they continued to put hits on the chart for the better part of a decade.

While most albums by The Grass Roots are relatively easy to find, Where Were You When I Needed You is actually fairly rare, as it sold poorly on initial release and was soon deleted.  This copy is not only the only one we’ve ever had for sale, it’s also the only copy we’ve ever seen. 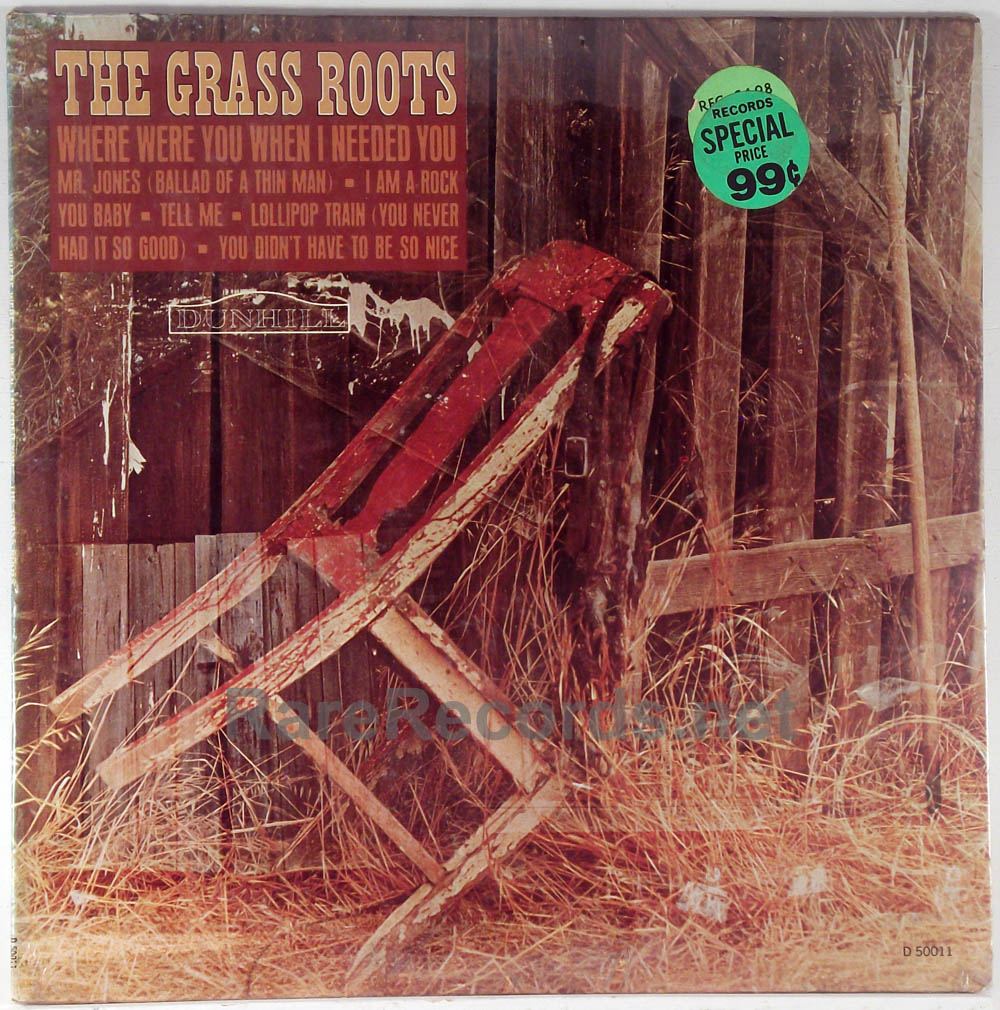