A sealed copy of Brigitte Bardot’s soundtrack to her 1968 TV special, Special Bardot.

Offered for sale is a still sealed copy of the promo-only soundtrack to Brigitte Bardot’s 1968 television special, Special Bardot.

About this copy: The mono LP is still sealed, and aside from a tiny push on one corner, is nearly perfect.  There are no rips or tears in the wrap, and no cutout holes or cut corners.  This is as nice a copy of this relatively scarce LP as you’re ever likely to see.

It has a terrific cover photo, too.

Background: On December 3, 1968, Brigitte Bardot appeared in a one-hour television special, entitled Special Bardot, that aired on the NBC network.  The soundtrack, which featured Ms. Bardot singing and also featured French singers Sacha Distel and Serge Gainsbourg on two tracks each, was released through program sponsor Burlington Industries as a promotional item only. 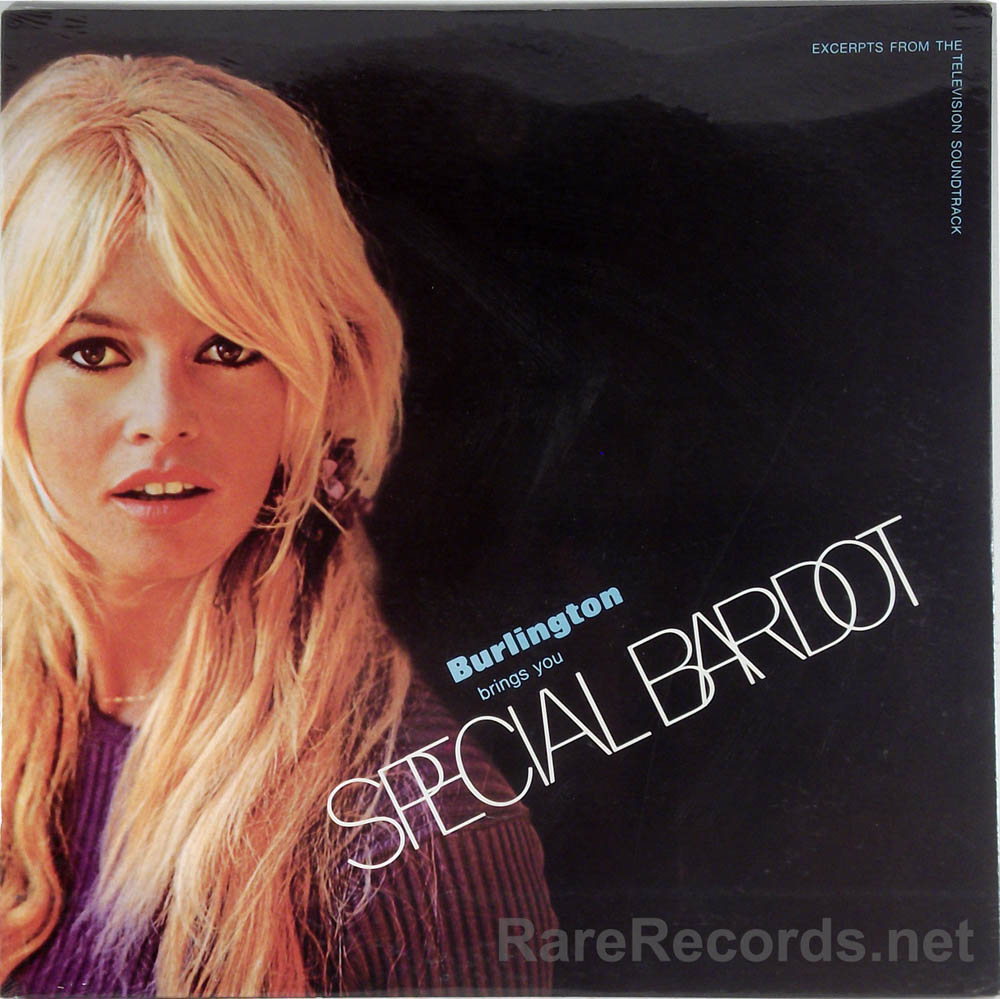