A copy of the rare promo-only Japanese release of Steel Wheels by the Rolling Stones.

Offered for sale is a rare Japanese copy of the 1989 album Steel Wheels by the Rolling Stones, which was issued only as a promotional item.

About this copy: This copy of Steel Wheels is an original 1989 Japanese issue.  By 1989, Japanese record companies had largely stopped pressing vinyl LPs, and the Japanese release of the album was commercially sold only on compact disc or cassette.

The vinyl pressing was limited to a handful of promotional copies that were sent out to Japanese radio, and perhaps as few as 100 were pressed.

As the album was promo-only, it was shipped without a printed cover or obi, including only a white title sheet, which lists the album title, song titles (in English and Japanese) and the song timings.

The labels are printed entirely in Japanese.

The cover is a standard plan white jacket.  The disc is M-, aside from a faint mark on one side.

The paper insert has a bit of cellophane tape residue on it.

A beautiful copy of one of the world’s rarest albums by the Rolling Stones, and only the second copy we’ve ever had for sale.

Background: Steel Wheels was the 21st album by the Rolling Stones (the 19th in the UK) and was hailed as a comeback album.

Featuring the hit “Mixed Emotions,” which reached #5 on the U.S. singles charts, Steel Wheels reached #2 on the album charts and was certified double platinum by the RIAA.

You can listen to “Mixed Emotions” here:

Allmusic.com had this to say about Steel Wheels:

The Stones, or more accurately the relationship between Mick and Keith, imploded shortly after Dirty Work, resulting in Mick delivering a nearly unbearably mannered, ambitious solo effort that stiffed and Keith knocking out the greatest Stones album since Tattoo You, something that satisfied the cult but wasn’t a hit. Clearly, they were worth more together than they were apart, so it was time for the reunion, and that’s what Steel Wheels is — a self-styled reunion album. …It doesn’t make for a great Stones album, but it’s not bad, and it feels like a comeback — which it was supposed to, after all. 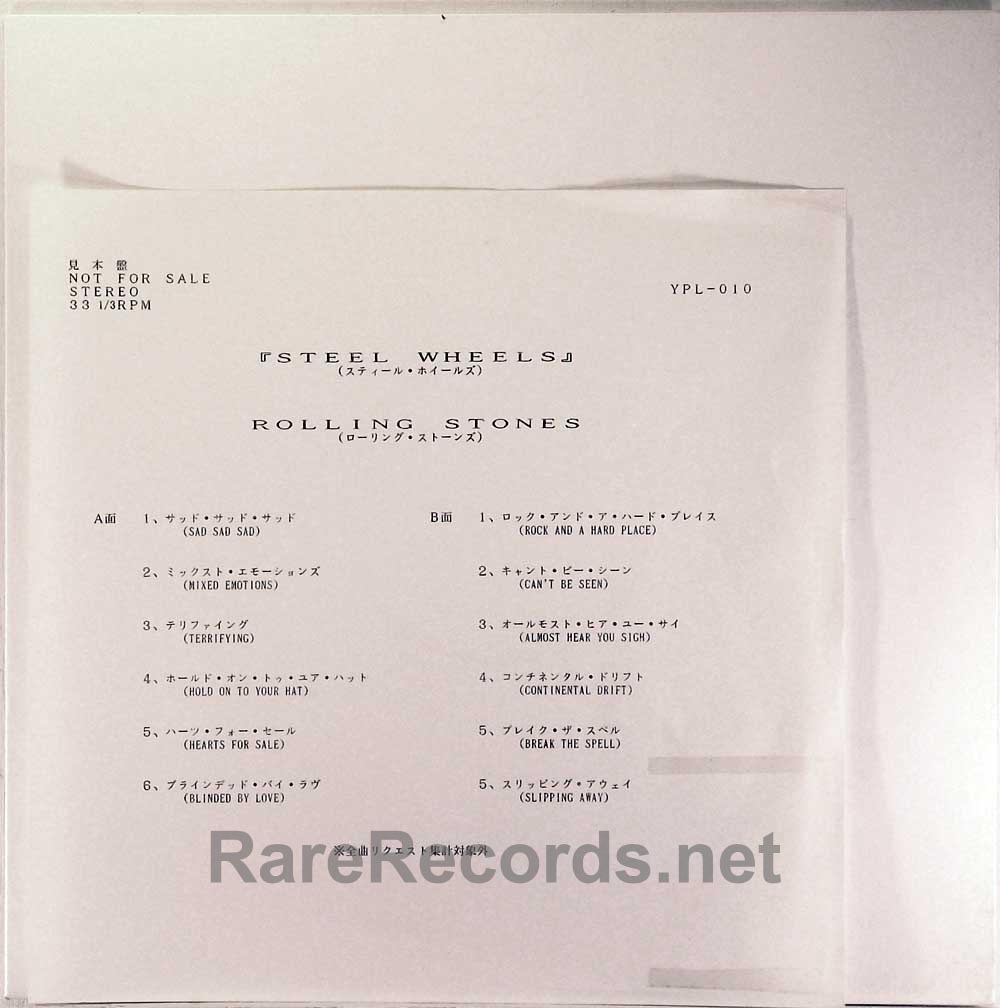