A scarce promotional 12″ single of That Was Then, This is Now by Peter Tork and Micky Dolenz of the Monkees

Offered for sale is a scarce promotional 12″ single of “That Was Then, This is Now” by Peter Tork and Micky Dolenz of The Monkees.

About this copy:  The cover is a plain white cover with a title sticker.

The cover and record are both M- and the record has had little, if any play.  It’s also pressed on high quality translucent vinyl.  A nice copy of a somewhat hard to find single.

Background: The Monkees made a big comeback in 1986 with the revival of their 1960s television show, a tour and a new single, recorded by Peter and Micky, “That Was Then, This is Now” was included on a then-new compilation LP and actually reached the top 20, making it their first chart hit in more than 15 years.

Arista records released the single as a standard 7″ with a title sleeve but promotional copies were pressed as 12″ singles with “(Theme from) The Monkees” on the flip side. 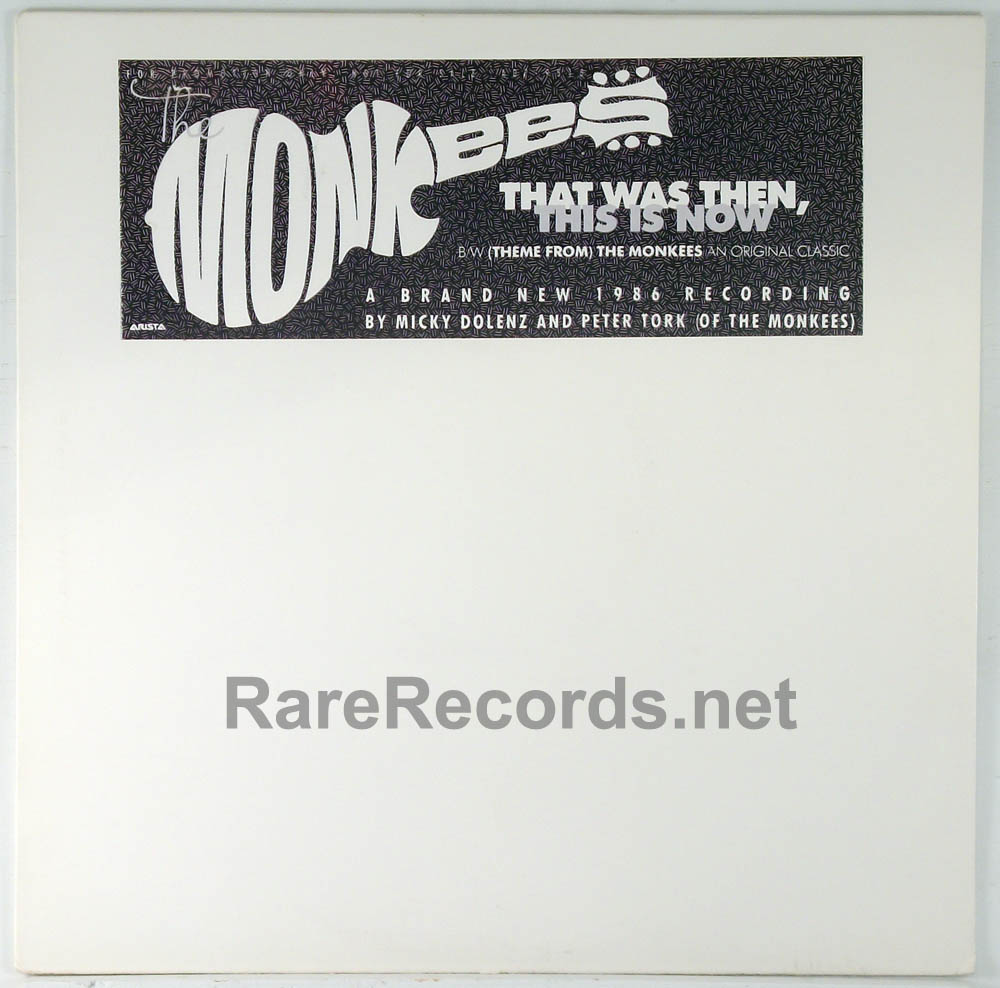