(Jayne Mansfield) Bernie Wayne – And Then I Wrote sealed 1956 LP

A sealed copy of And Then I Wrote by Bernie Wayne, featuring Jayne Mansfield on the cover.

Offered for sale is a sealed copy of the 1956 LP, …And Then I Wrote by Bernie Wayne and His Orchestra and Chorus, featuring Jayne Mansfield on the cover.

About this copy: This album pops up for sale from time to time, but this is likely the nicest example you’ll ever find.  The album is still sealed and the record is presumably new and unplayed.  There are no rips, tears, holes or cutout marks; the wrap is fully intact.  An original price sticker is attached to the shrinkwrap.

A beautiful copy of an album with a great cover.

Background: Jayne Mansfield is best remembered as a Playboy playmate and an actress, but she also did some modeling early in her career.  During this time, she appeared on a number of album covers, many of which are quite obscure.  While she did do a bit of recording on her own, her only contribution to most of these records is her appearance on the cover.

One of her earliest album cover appearances is on this easy listening album by composer and conductor Bernie Wayne.  Wayne worked for many years in Hollywood and on Broadway, and is best remembered for the songs “Blue Velvet” and “There She Is,” the latter song being featured in the Miss America pageants.

Wayne’s 1956 LP …And Then I Wrote is an easy listening LP, featuring an orchestra and chorus performing a dozen numbers written by Wayne.  It’s also one of the earliest releases on the ABC-Paramount label and a throwback to the days when record companies would try to sell more records by putting an attractive woman on the cover. 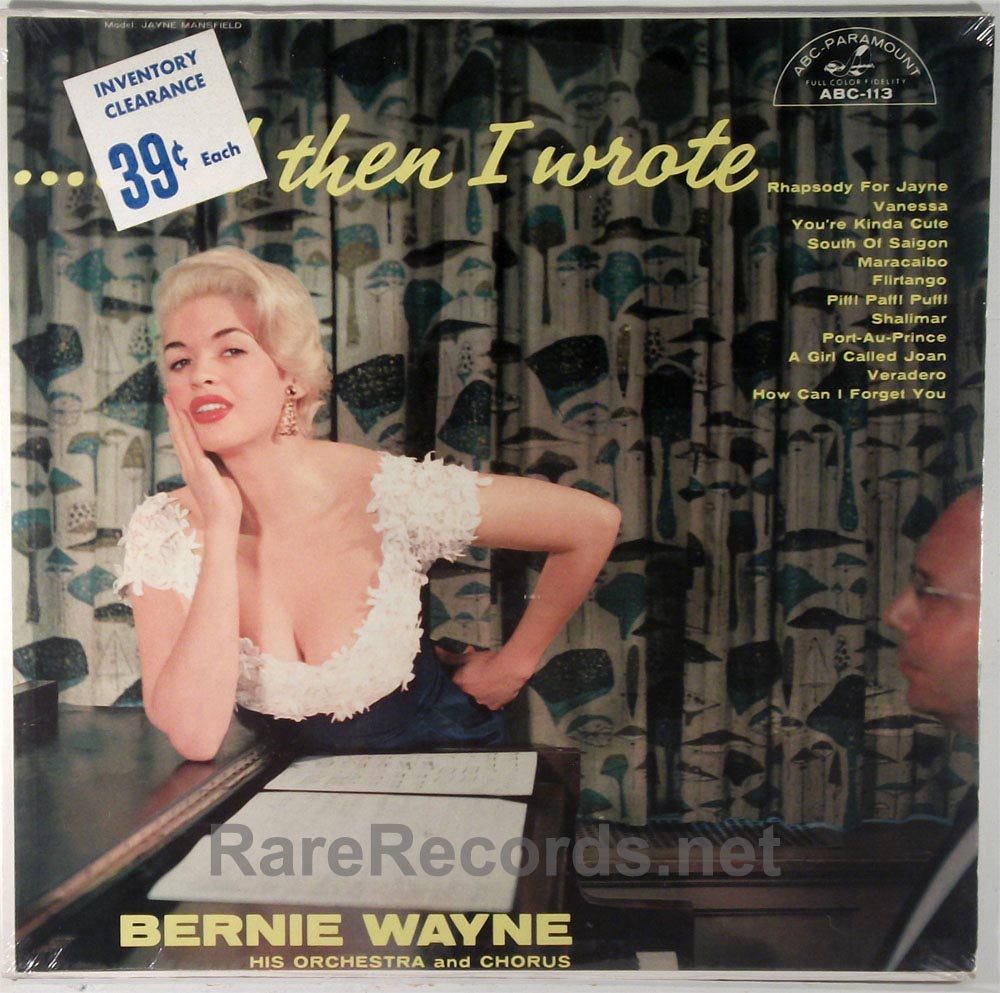