An original sealed stereo pressing of the 1968 debut LP Heavy by the Iron Butterfly.

Offered for sale is a still sealed stereo copy of the debut LP by Iron Butterfly, Heavy, released in 1968.

About this copy: This copy of Heavy is a still sealed stereo pressing and we believe it to be an original issue on the brown/pink Atco label, rather than a later yellow label issue, as the record feels quite heavy.

The cover has a bit of foxing underneath the shrink wrap.  There is a saw mark on the cover near the lower right hand corner.  Otherwise, the wrap is tight and intact.

Background: Love them or hate them, Iron Butterfly sold a lot of records during their brief existence, with their second album, In-a-Gadda-Da-Vida, being one of the biggest selling albums of all time.

Heavy was the only Iron Butterfly album recorded by the original band, as guitarist Danny Weis, bassist Jerry Penrod and tambourine player Darryl DeLoach all left the band shortly after the album was recorded, to be replaced by Erik Brann and Lee Dorman, which formed the “classic” Iron Butterfly lineup that recorded In-a-Gadda-Da-Vida later that year.

Despite the lack of a hit single, Heavy reached #78 on the Billboard charts and was certified gold by the RIAA for sales of 500,000 copies. 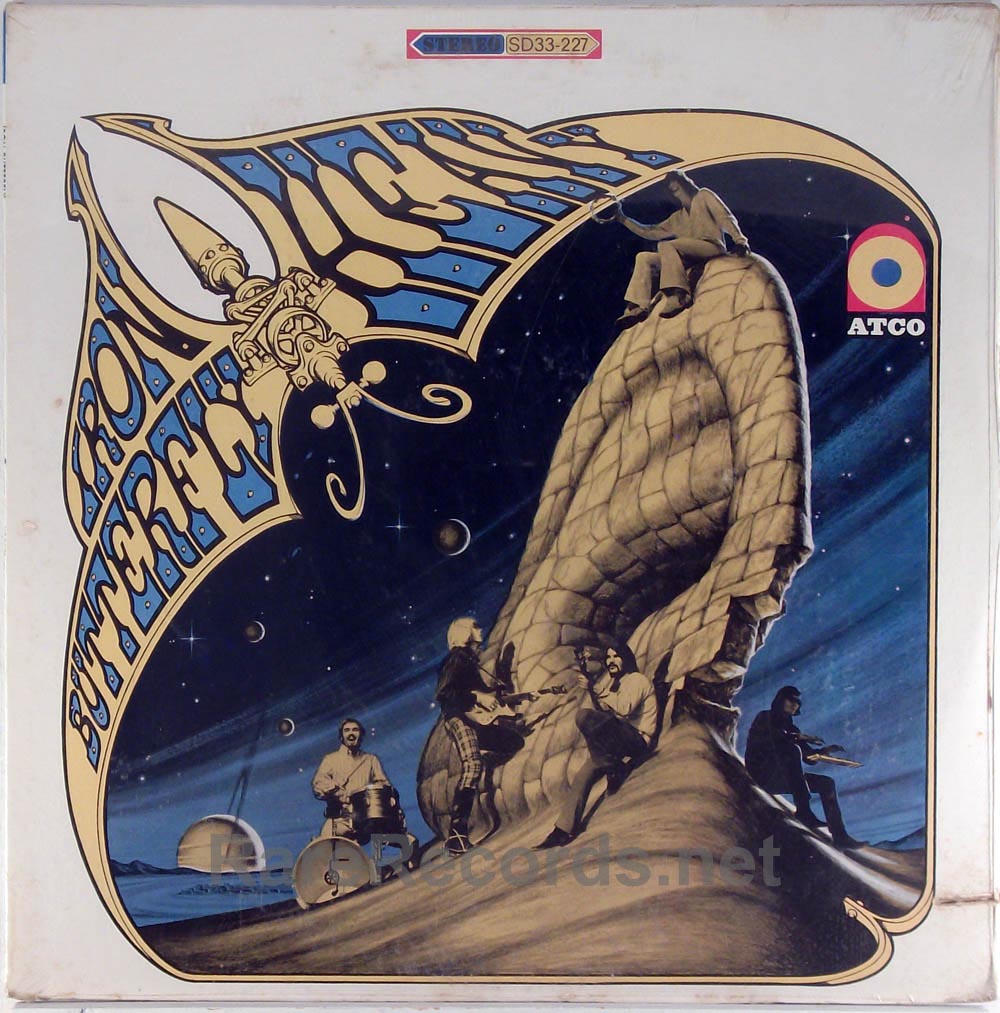