Offered for sale is a still sealed copy of the scarce Spanish-language version of the Love Will Keep Us Together LP by Captain & Tennille, titled Por Amor Viviremos.

About this copy: This copy of Por Amor Viviremos is an original still sealed copy of the Spanish-language version of Captain & Tennille’s debut LP, Love Will Keep Us Together.

The wrap is fully intact except for a break near the top right hand corner where there is a saw mark in the cover.  There are a couple of minor corner bends.

There is a hype sticker on the wrap promoting two songs with the titles listed in Spanish.

A nice copy of a surprisingly scarce Captain & Tennille LP.

Background: In an unusual forward-thinking mood, A&M Records took Captain & Tennille back into the studio shortly after the release of their big-selling Love Will Keep Us Together LP to re-record the entire album again in Spanish.

They stripped the vocals off of the existing tracks and re-recorded them en Espanol.  While the resulting album didn’t reach the charts, the single, “Por Amor Viviremos” did, reaching #49 on the Billboard charts.

The Spanish version is much harder to find than the English-language version, which reached #2 on the American album charts.

Allmusic.com had this to say about Por Amor Viviremos:

By having Toni Tennille re-record almost all her vocals for their classic debut album, they trump the artists who keep translations strictly to the hits. It’s an interesting and historic translation of a special moment in pop music. And the good news is that despite some sonic flaws, it works. 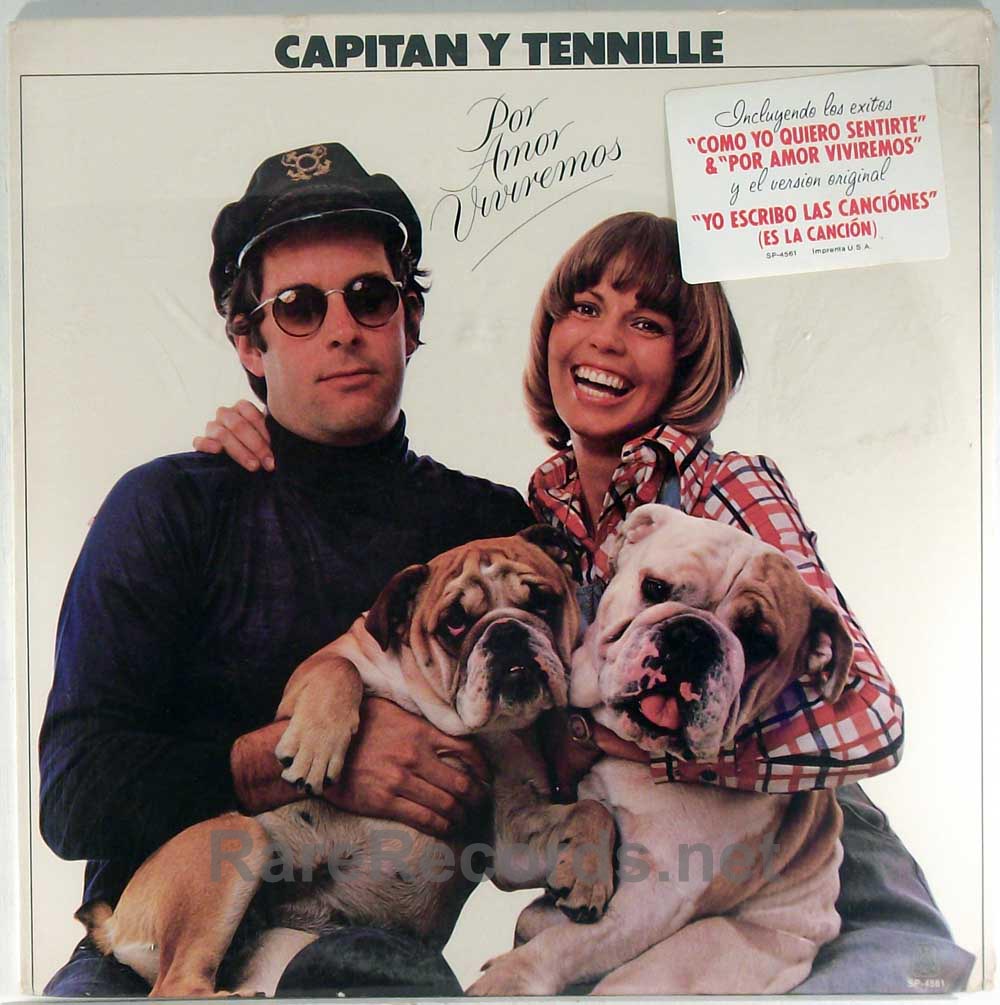