A Japanese reissue of the 1957 debut LP by Ruth Brown, complete with obi.

Offered for sale is a high-quality Japanese reissue of the 1957 debut LP by Ruth Brown, the self-titled Ruth Brown.

About this copy:  This copy of Ruth Brown is a Japanese reissue of an album originally released in 1957.  This LP was released in 1980 or so.

The cover, disc, insert, and obi are all M- and the album appears to have had little play.

A nice copy of a terrific R&B album.

You can listen to “Lucky Lips” here: 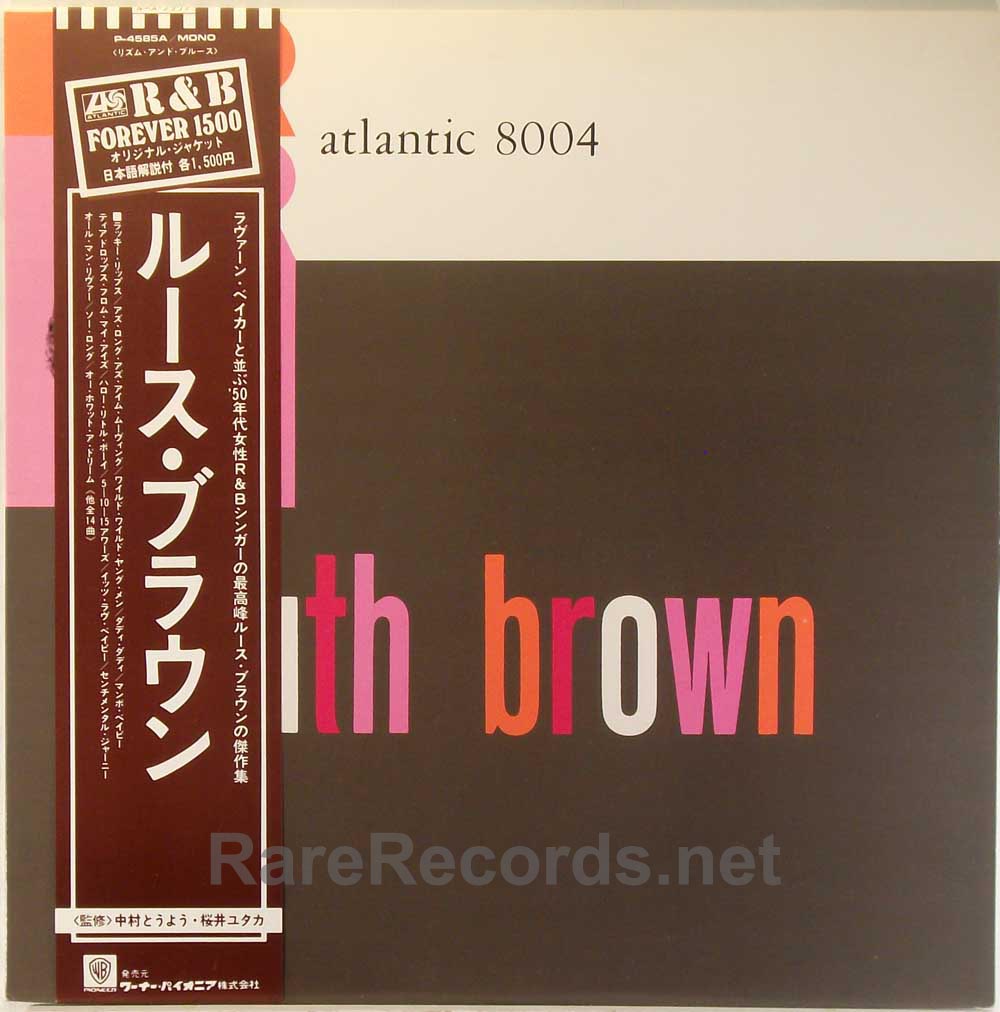