Quicksilver Messenger Service – What About Me Japan red vinyl LP

An original red vinyl pressing of What About Me by Quicksilver Messenger Service with reproduction obi.

Offered for sale is an original red vinyl Japanese pressing of What About Me by Quicksilver Messenger Service with a  reproduction obi.

About this copy: This cover is VG+, with slight wear at the corners.  The lyric insert is included.

The original obi is missing.  We have included a reproduction.

The red vinyl disc was M- when we acquired this LP, but we accidentally dropped it. Side one is M-.  Side two is VG, as there’s a nasty looking mark though tracks 2-4. (see photo)

We’ve played it, and it plays through quietly.  It’s not a deep mark, and it does not affect play.

Background: What About Me was the fifth album by Quicksilver Messenger Service, and was released in December, 1970.  It was the second album to feature founder and lead singer Dino Valente, who was in prison when the first three albums were released.

The album is very similar in sound to its immediate predecessor, Just For Love, and that’s not a coincidence, as the two albums were largely recorded together.

What About Me reached #26 on the U.S. album charts.  The title track peaked at #100 when released as a single.

Allmusic.com gave What About Me a 3 star review:

Musically, there is little to delineate the fifth long-player from Quicksilver Messenger Service, What About Me, from their previous effort, Just for Love. Not surprisingly, material for both was initiated during a prolific two-month retreat to the Opaelua Lodge in Haleiwa, HI, during May and June of 1970.

The group has departed the long, free-flowing improvisations that prevailed on both their self-titled debut and follow-up, Happy Trails. The songs are now shorter and more notably structured, with an added emphasis on Valenti’s compositions. The title track, “What About Me,” became an ethical and sociological anthem with challenging and direct lyrical references to the political and social instability of the early ’70s. 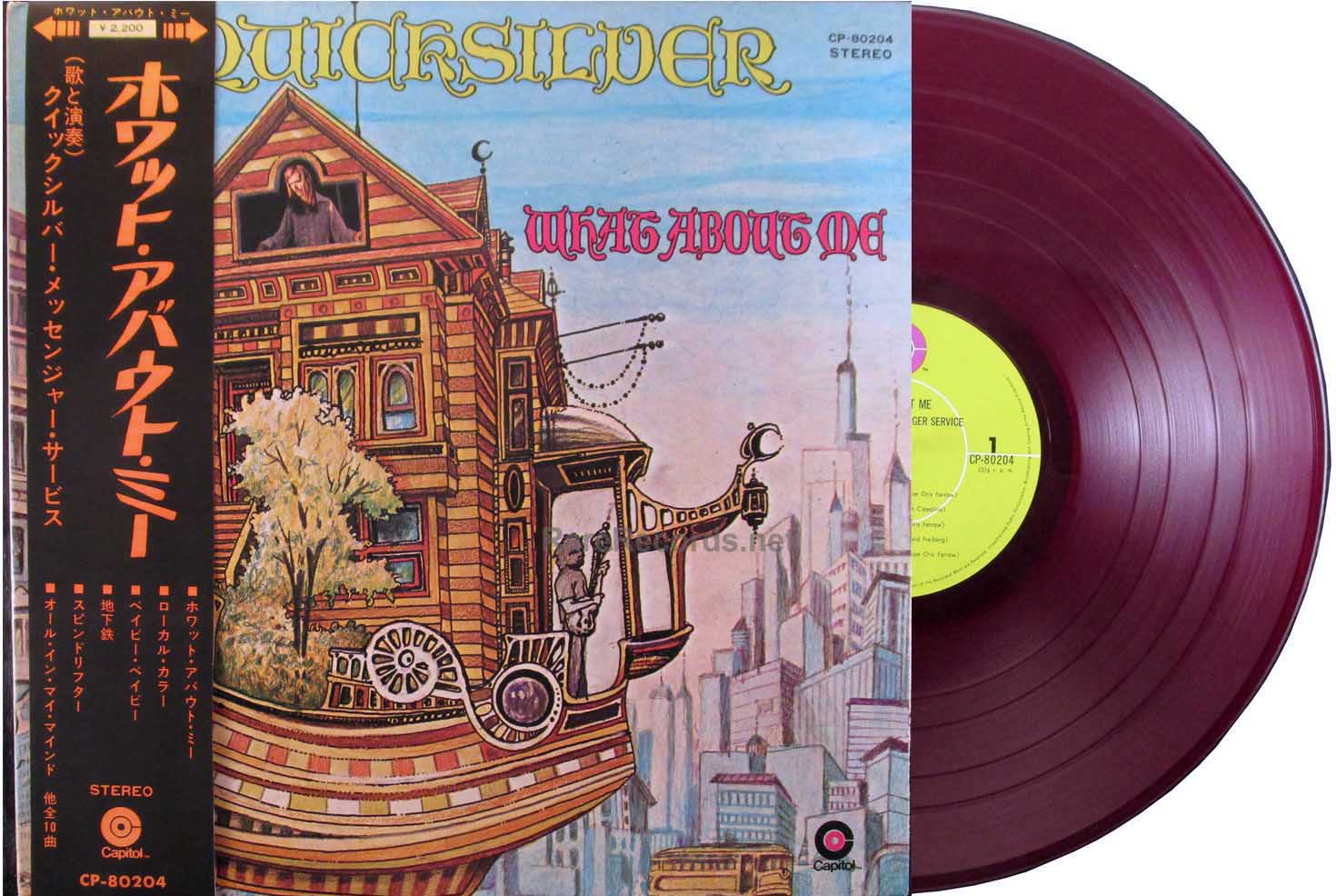 You're viewing: Quicksilver Messenger Service – What About Me Japan red vinyl LP $75.00
Add to cart