A multicolored vinyl pressing of Sandy Warner’s only album, Fair and Warner, on Mayfair Records.

Offered for sale is an exceptionally nice multicolored vinyl copy of the only album by actress/model/singer Sandy Warner, Fair and Warner, issued in 1961 by Mayfair Records.

About this copy: This copy of Fair and Warner is exceptional in several ways.  The cover is pristine, with no seam splits and no discoloration. It looks almost new, and is without a doubt the nicest example of this cover we’ve ever seen.

The record is even better, as it has been pressed on multicolored yellow/orange/red swirl vinyl.  It’s the only multicolored vinyl pressing of this LP we’ve ever seen.  It’s also the much rarer stereo pressing of the LP, issued on the Mayfair Records label.

Cover and record are both M-, and we can say without hesitation that this is likely the best surviving stereo copy of this album anywhere.  If you like colored vinyl, cheesecake covers, or well-recorded female pop, you’ll love this album.

Background: Sandy Warner was a singer, actress and model, but she’s best remembered for being the “Exotica Girl” who appeared on the covers of sixteen different albums by exotica pianist Martin Denny.  She only recorded one album as a vocalist, the 1961 LP Fair and Warner, issued on the budget Tops/Mayfair labels.

Tops and Mayfair were an odd dual label; Tops issued albums in mono and Mayfair issued their stereo counterparts.  Most of the material issued by these labels were budget reissues of material previously issued by other labels.

Fair and Warner is an odd release for Tops/Mayfair in that it consists of newly-recorded material recorded especially for this release.

Tops and Mayfair have been justly criticized over the years for their poorly manufactured covers and indifferent pressing quality.  Their covers were held together only by the paper slicks, making seam splits common even for newly purchased records.  The labels shipped new albums without paper inner sleeves, which led to additional problems.

Fair and Warner is often sought out for its cheesecake cover, but it’s actually a well recorded album and it sounds particularly good in stereo.  Had it been released on a major label, the album would likely be sought out today by audiophiles for its sound quality.

A handful of copies of Fair and Warner were pressed on colored vinyl, and nearly all of the examples we’ve seen over the years were all yellow in color. 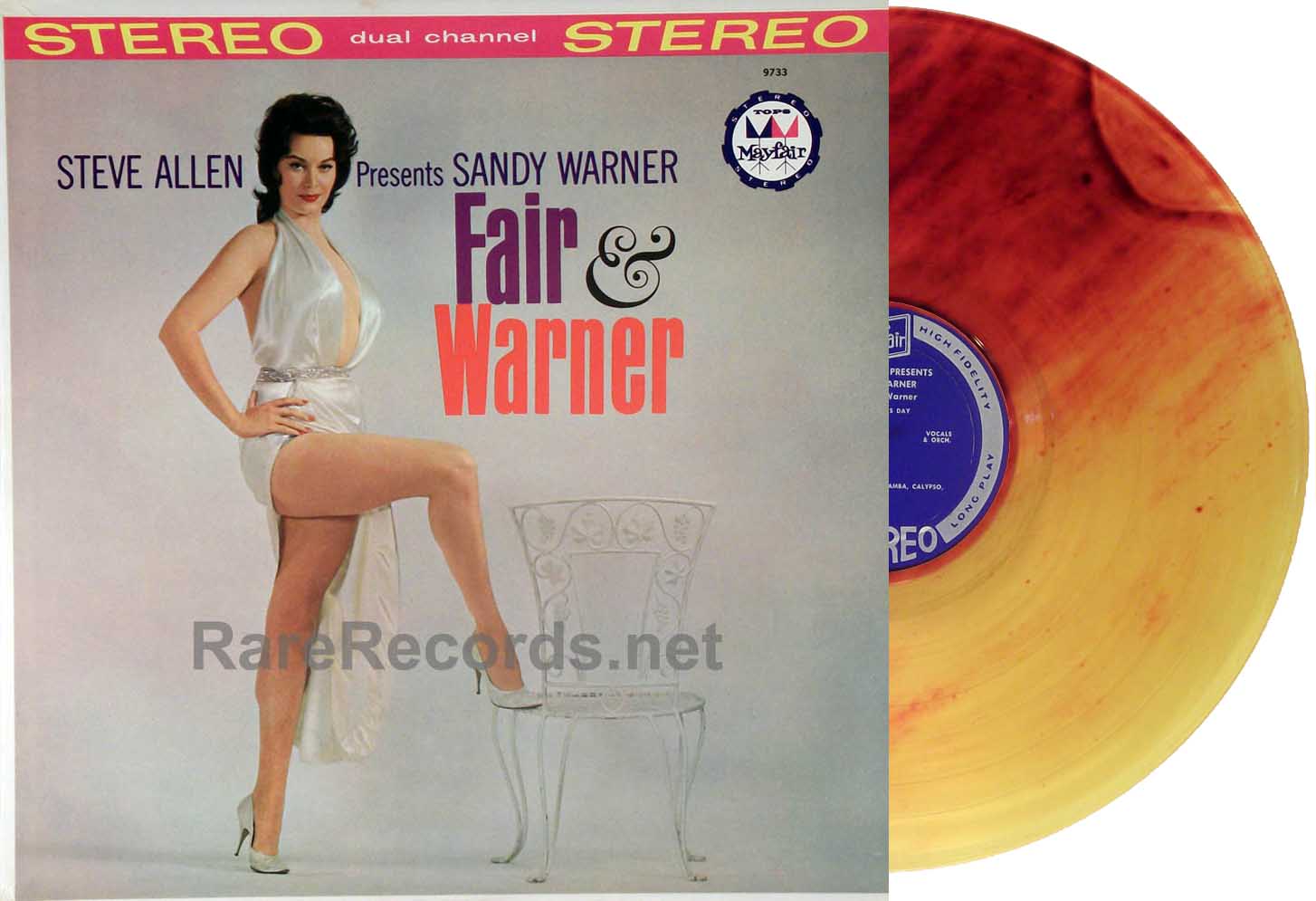