About this copy: This copy of Golden Country Song is an original Japan-only LP by Nancy Sinatra, released in 1969 or 1970.   The cover is VG+, with some wear at the edges and corners.  The gatefold cover includes Japanese liner notes and song lyrics in both English and Japanese.

The original obi is included.  It’s VG+ with light wear but no tears.

The record is M- and looks as though it hasn’t been played more than once or twice.

A beautiful copy of a rare album.

Background:While Nancy Sinatra hardly had the career that her father did, she still was successful in the American charts, putting 10 songs in the Billboard Top 10 between 1967 and 1970.

She was also successful abroad, and particularly in Japan, where a number of Japan-only albums were released, with most of them featuring attractive, seldom-seen photos of her on the cover.

Golden Country Song is one of them, and this LP was released in 1969 or 1970.  While Nancy had her greatest success with pop songs, this compilation emphasizes her more country-flavored songs.

You can listen to “Summer Wine” here:

This week, all Colored Vinyl LPs are on sale! 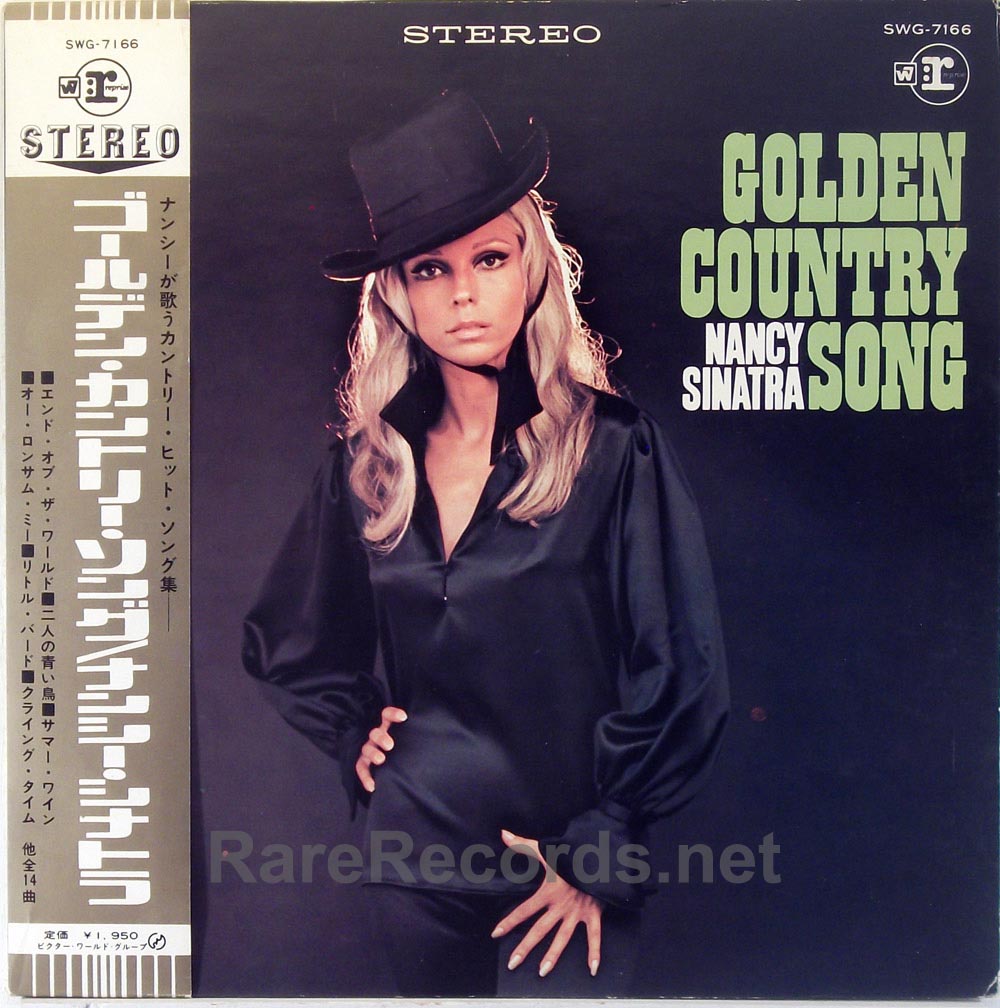