A copy of the 180 gram Classic Records reissue of Slavonic Dances, performed by Jean Martinon and the London Symphony Orchestra

Offered for sale is a copy of the 180 gram, Classic Records reissue of Dvorak’s Slavonic Dances, performed by Jean Martinon and the London Symphony Orchestra. This was originally issued in 1960 by RCA Records as LSC-2419.

About this copy: This copy of Slavonic Dances was released in a limited edition, pressed on 180 gram discs for optimum sound quality. The disc comes in a printed cover that duplicates the cover used on the original RCA release, and the label features the “shaded dog” RCA label art that was used on the original pressing.

The records and covers are in M- condition.A great pressing of a record that sounds terrific. 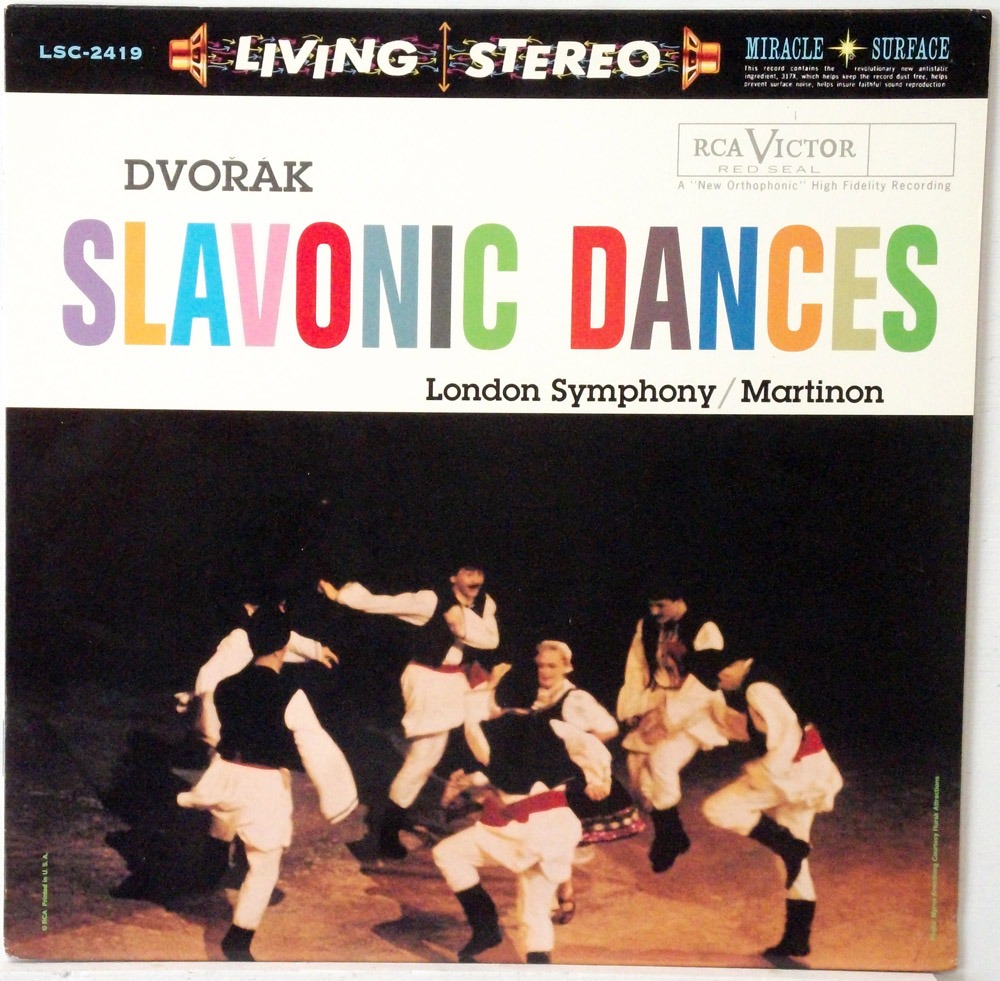