Offered for sale is an original stereo pressing of Chet Atkins’ Workshop by Chet Atkins, issued in 1961 in the RCA “Living Stereo” series.

About this copy: This copy of Chet Atkins’ Workshop is an original stereo issue, on the original RCA Living Stereo label in use at the time.

The cover is VG++, with a small amount of ring wear at the bottom of the front cover.

The disc is VG+, with some sleeve scuffs and a few light marks.  The record clearly hasn’t had much play.  Stamper numbers are 14S/15S.

Background: Chet Atkins was a longtime performer, producer and arranger in Nashville, and his records sold well for decades.  They’ve also long been highly regarded by audiophiles, as they’re all terrific recordings.  The best sounding of his LPs were released in the late 1950s and early 1960s, prior to RCA’s introduction of their flawed “Dynagroove” process in 1964.

Chet Atkins, the country boy whose catholic tastes deserve some of the credit (or blame) for pushing country music toward the pop mainstream in the ’60s, serves up exclusively pop and jazz material on his 1961 album Chet Atkins’ Workshop. “Whispering” and “Lullaby of Birdland” are two of the jazz standards, while instrumental renditions of the Debbie Reynolds hit “Tammy” and Doris Day’s “Que Sera, Sera (Whatever Will Be, WIll Be)” are pure pop. Atkins’ relaxed fingerpicking works the material into a smooth consistency that sometimes belies the complexity of his technique, but the album is an engaging listen and an effortless-sounding intersection of diverse styles. Atkins was an album artist, and Chet Atkins’ Workshop, though failing to produce a charting single, made the Top Ten and became his best-selling LP. 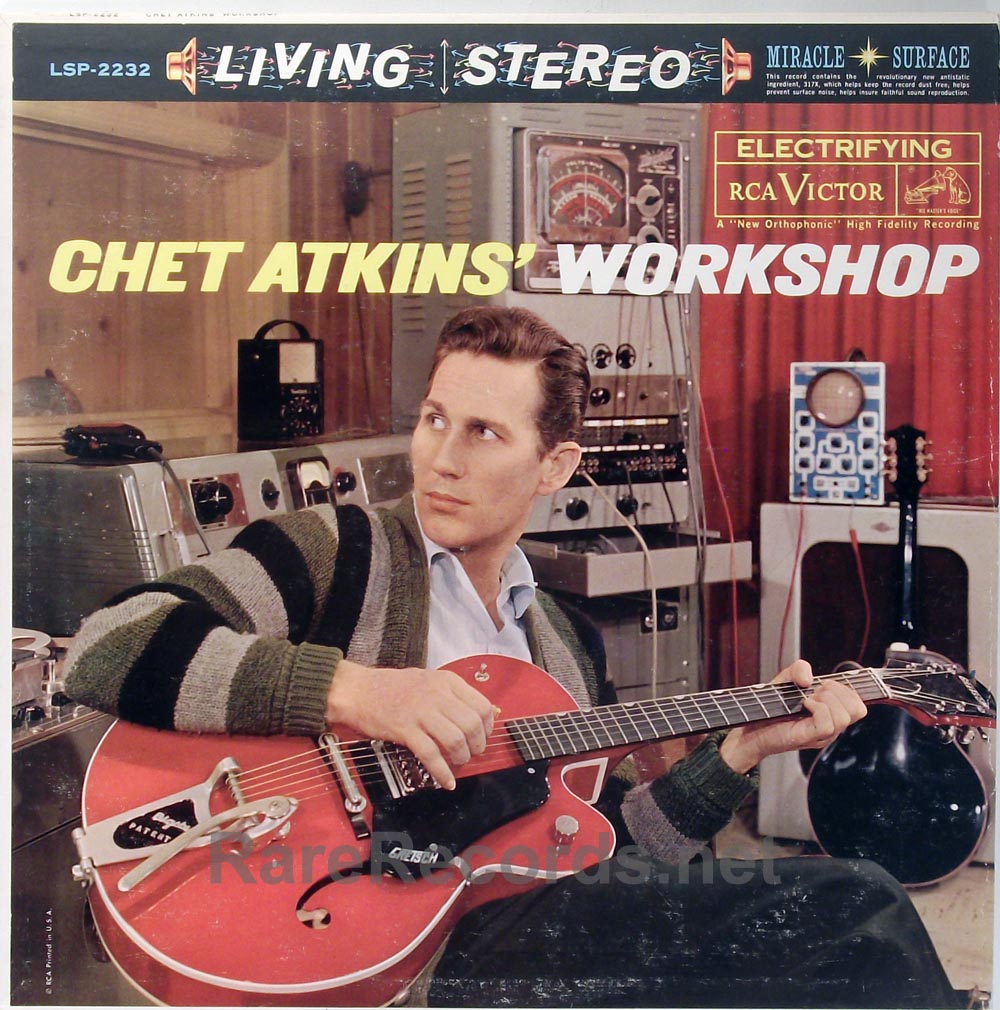