Offered for sale is a white label promotional copy of the scarce Spanish-language version of the Love Will Keep Us Together LP by Captain & Tennille, titled Por Amor Viviremos.

About this copy: This copy of Por Amor Viviremos is an original U.S. white label promo copy of the Spanish-language version of Captain & Tennille’s debut LP, Love Will Keep Us Together.

The cover is VG, with a bit of ring wear and a promotional punch hole.  The cover has two stickers – one indicating that the record is a promotional copy and another hyping two songs (with the titles listed in Spanish.)  There is also an English hype sticker included that is not attached to the cover.

The record is VG++, with some scuffs from the inner sleeve, but no marks of note. The record clearly has had little play.

A nice copy of a surprisingly scarce Captain & Tennille LP.

Background: In an unusual forward-thinking mood, A&M Records took Captain & Tennille back into the studio shortly after the release of their big-selling Love Will Keep Us Together LP to re-record the entire album again in Spanish.

They stripped the vocals off of the existing tracks and re-recorded them en Espanol.  While the resulting album didn’t reach the charts, the single, “Por Amor Viviremos” did, reaching #49 on the Billboard charts.  The Spanish version is much harder to find than the English-language version, which reached #2 on the American album charts.

Allmusic.com had this to say about Por Amor Viviremos:

By having Toni Tennille re-record almost all her vocals for their classic debut album, they trump the artists who keep translations strictly to the hits. It’s an interesting and historic translation of a special moment in pop music. And the good news is that despite some sonic flaws, it works. 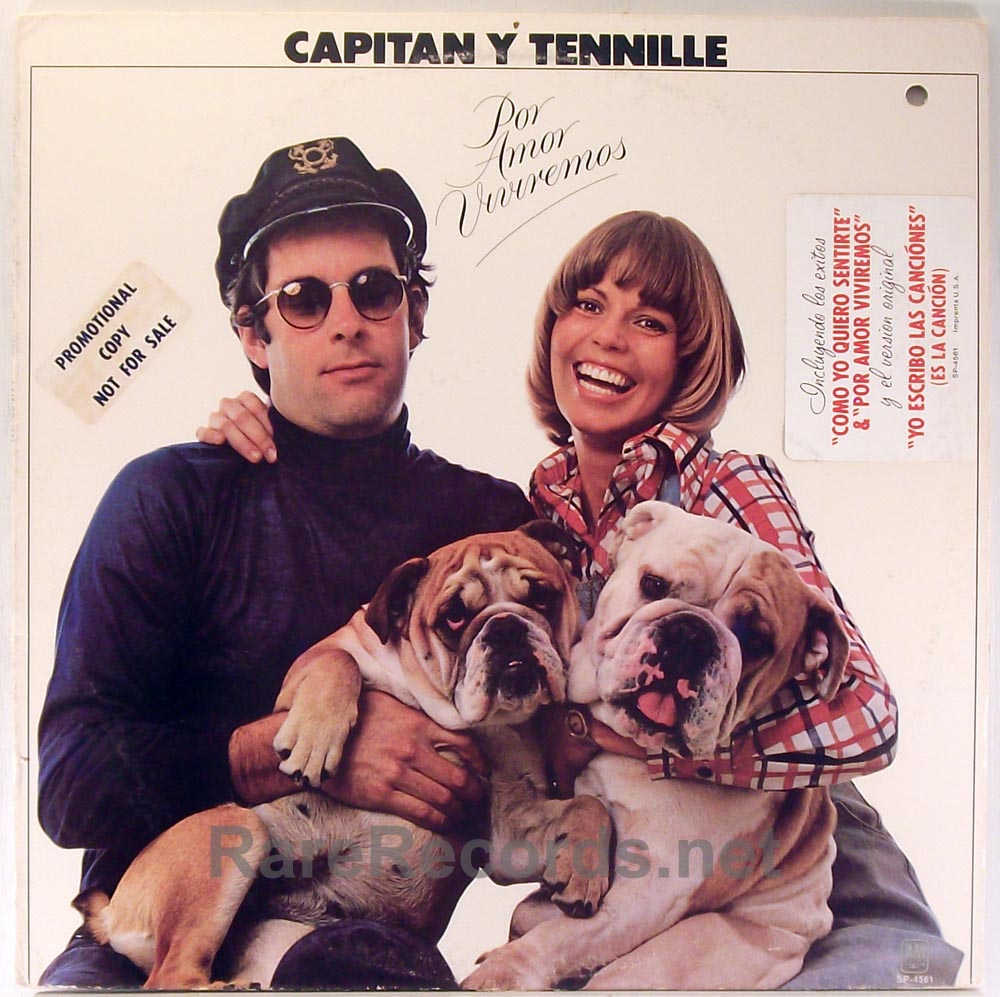