A sealed mono reissue of Julie is Her Name Volume II, released in France.

Offered for sale is a sealed mono reissue of Julie London’s 1958 LP, Julie is Her Name, Volume II, released in France in 1985.

About this copy: Long out of print worldwide, EMI France reissued this LP in 1985 in the original mono.  The copy offered for sale is still sealed and unplayed.  A beautiful copy of a terrific LP.

Three years after her debut, Julie Is Her Name, Julie London returned to the intimate jazz guitar and bass backing that resulted in a Top Ten album and single (the still-popular “Cry Me a River”). You can almost see the cigar-smoking executives at Liberty Records planning this one out — “Hey, if the public loved it the first time, they’re bound to love it again, right?” Well, to give the cigar-chompers some credit, Julie London favored this backing for her live performances and she originally had to fight to be able to record with this intimate jazz backing…. Since the plunging-neckline album cover to London’s debut was talked about as much as the music, Liberty Records decided to continue the concept by literally putting spotlight beams on the famed beauty’s chest. Thankfully, Julie London had enough jazz credentials and focused vocal talent that such blatant cheesecake shots remain of secondary importance to the music contained on the album. 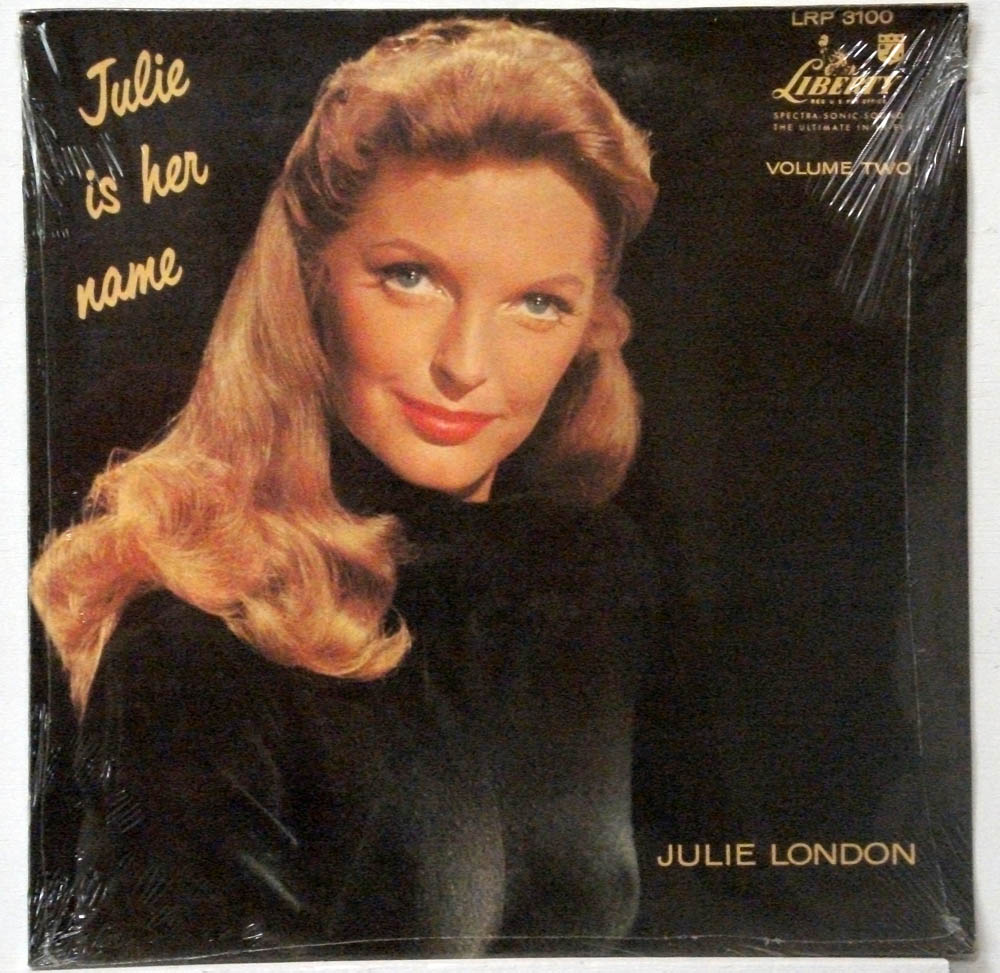