A rare promo pressing of Lesley Gore’s first album, I’ll Cry if I Want to, prepared for the Armed Forces Radio and Television Service.

Offered for sale is a rare 1963 promotional copy of Lesley Gore’s debut LP, I’ll Cry if I Want to, prepared for the Armed Forces Radio & Television Service, complete with paper sleeve.

About this copy: This LP was issued in a special paper sleeve, rather than a hard cover.  The record is VG+ with a couple of light marks and some scuffs from the heavy sleeve.  It clearly has been played only a couple of times.

Background: In the early 1960s, record companies occasionally made their titles available to the U.S. government for broadcast on military installations both domestically and abroad.  The record offered for sale is a copy of Lesley Gore’s first album, featuring “It’s My Party,” and pressed for the Armed Forces Radio & Television Service.  This mono pressing contains 11 of the 12 tracks from the released album, (“What Kind of Fool Am I” is not included) plus two tracks from The Page Boys (not the Texas garage band.) 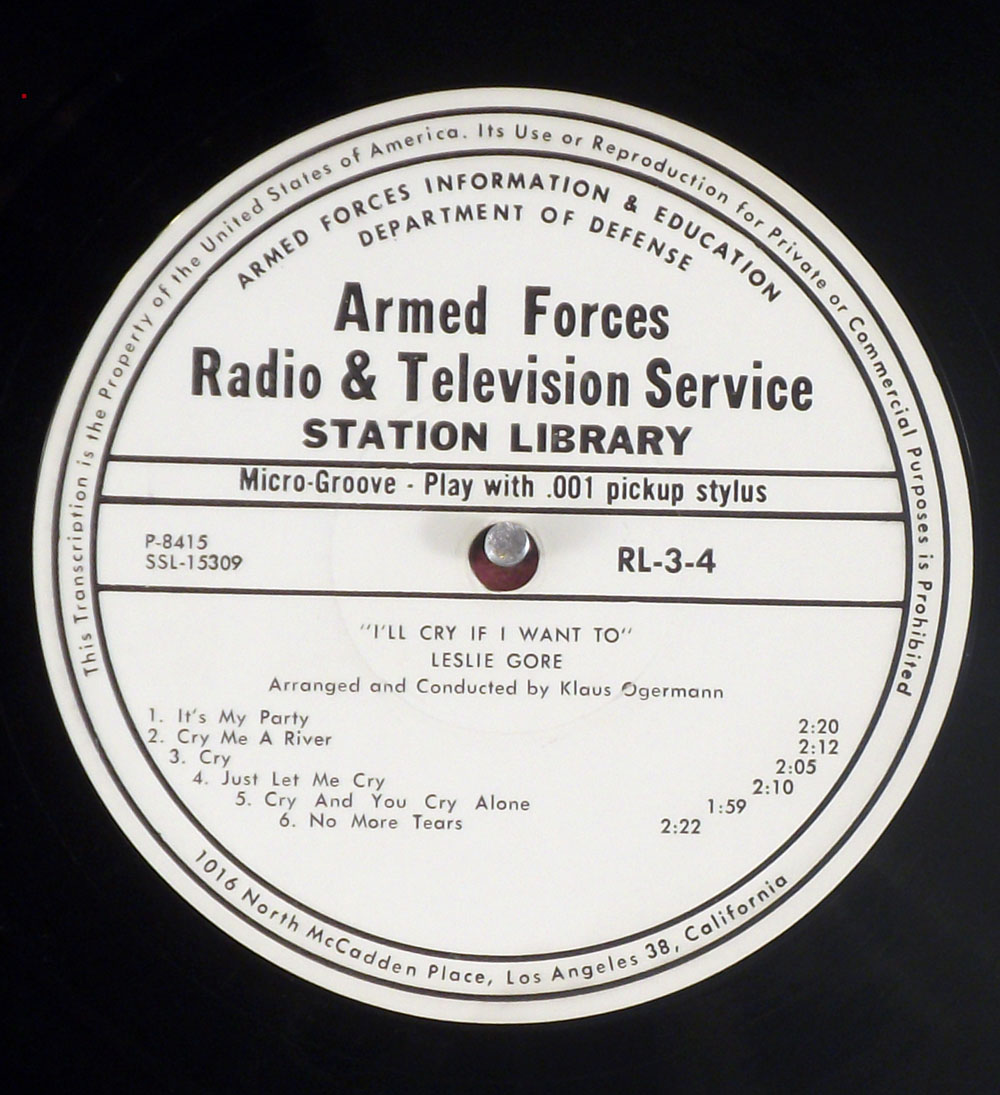