Offered for sale is a still sealed original copy of the withdrawn 1971 album Live Yardbirds Featuring Jimmy Page by the Yardbirds.

About this copy: This copy is a still sealed original withdrawn 1971 pressing on Epic.  We acquired this copy from a former record company employee, and it’s absolutely genuine.   As the album is sealed, the record is presumably new and unplayed.

The cover does have a cut corner in the lower left.  Aside from that, the wrap is completely tight with no tears, rips or holes. There are a couple of breathe holes in the shrink wrap, as one would expect to find on an original pressing.

A stunning copy of a rare and classic live album, and the first sealed pressing of this version of the album that we’ve ever seen.

Background: The Yardbirds are perhaps best remembered for who played with them – Eric Clapton, Jeff Beck, and Jimmy Page all played guitar for the band at one time and for a brief time, Beck and Page were in the band together.  In 1968, Page was the band’s lead guitarist, and Epic Records recorded a performance at the Anderson Theater in New York on March 30, 1968 for possible release as a live album.

The band wasn’t happy with the recording, and decided not to release it.  In 1971, after Page had gone on to Led Zeppelin and that band had become successful, Epic dusted off the then three-year-old tapes and released the recording as Live Yardbirds Featuring Jimmy Page.

Arguably the most famous lost live album in history, Live Yardbirds Featuring Jimmy Page, cut at the Anderson Theater in New York on March 30, 1968, has been issued twice on vinyl legitimately (only to be suppressed by legal action) and innumerable times since as a bootleg. Page’s guitar (which goes out of tune several times) is the dominant instrument, alternately crunchy and lyrical, but always loud and dexterous; the roughness of Keith Relf’s singing is also more apparent, but his shortcomings don’t really hurt the music. The performance also reveals just how far out in front of the psychedelic pack the Yardbirds were by the spring of 1968; Page had pushed the envelope about as far as he could, in terms of high-velocity guitar pyrotechnics.

Live Yardbirds Featuring Jimmy Page is probably best known for the song “I’m Confused,” which was later reworked by Led Zeppelin and released as “Dazed and Confused” on that band’s first album. 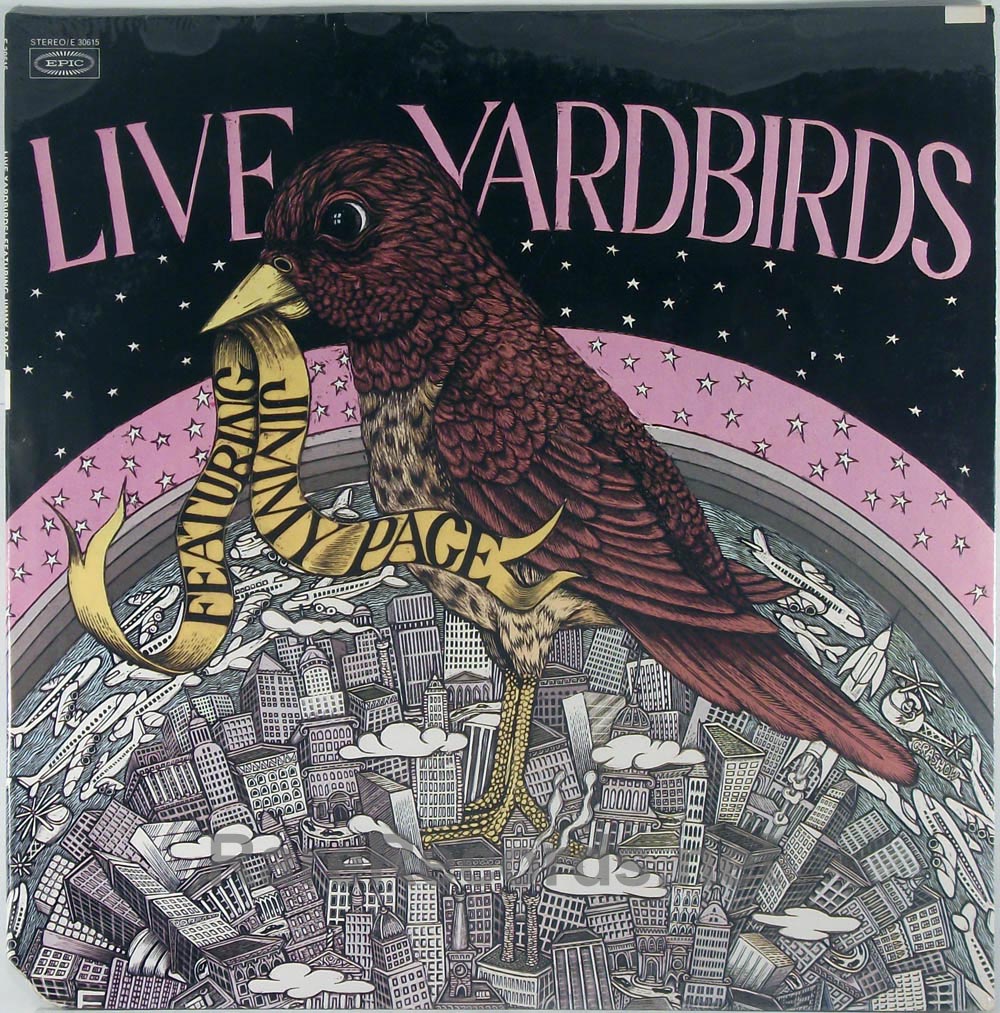