Offered for sale is a rare 10″ promotional LP containing 18 different radio commercials, or “spots” for the 1970 Oscar-winning documentary, Woodstock.

About this copy: The record offered for sale is a promotional 10″ LP, sent to radio stations in 1970 to promote the feature film.  It contains a series of short radio commercials, some with brief audio excerpts of the film and some without.  Side one has six spots that run 60 seconds each; side two has seven 30 second spots and five 10 second spots.

The record is in VG condition; it plays well but has a few small marks on it, along with an odd discoloration on part of side two stemming from a chemical reaction with the original paper inner sleeve.

This item comes from our personal collection, and we have had it since 1986.  This is the only copy of this unusual Woodstock artifact that we have ever seen, and we have never seen another copy offered for sale.  A very rare item relating to an iconic event in rock history.

Background: We don’t have to go on at length about significance of the 1969 Woodstock festival, held in August 1969 near Bethel, New York.  The concert, which ran over three days and featured 30 of the biggest and then-up-and-coming artists in all of rock music, made the news at the time, but the three hour documentary film of the event, released in 1970s, made the concert a household word.  The film went on to win the Best Documentary Oscar at the Academy Awards in 1971. 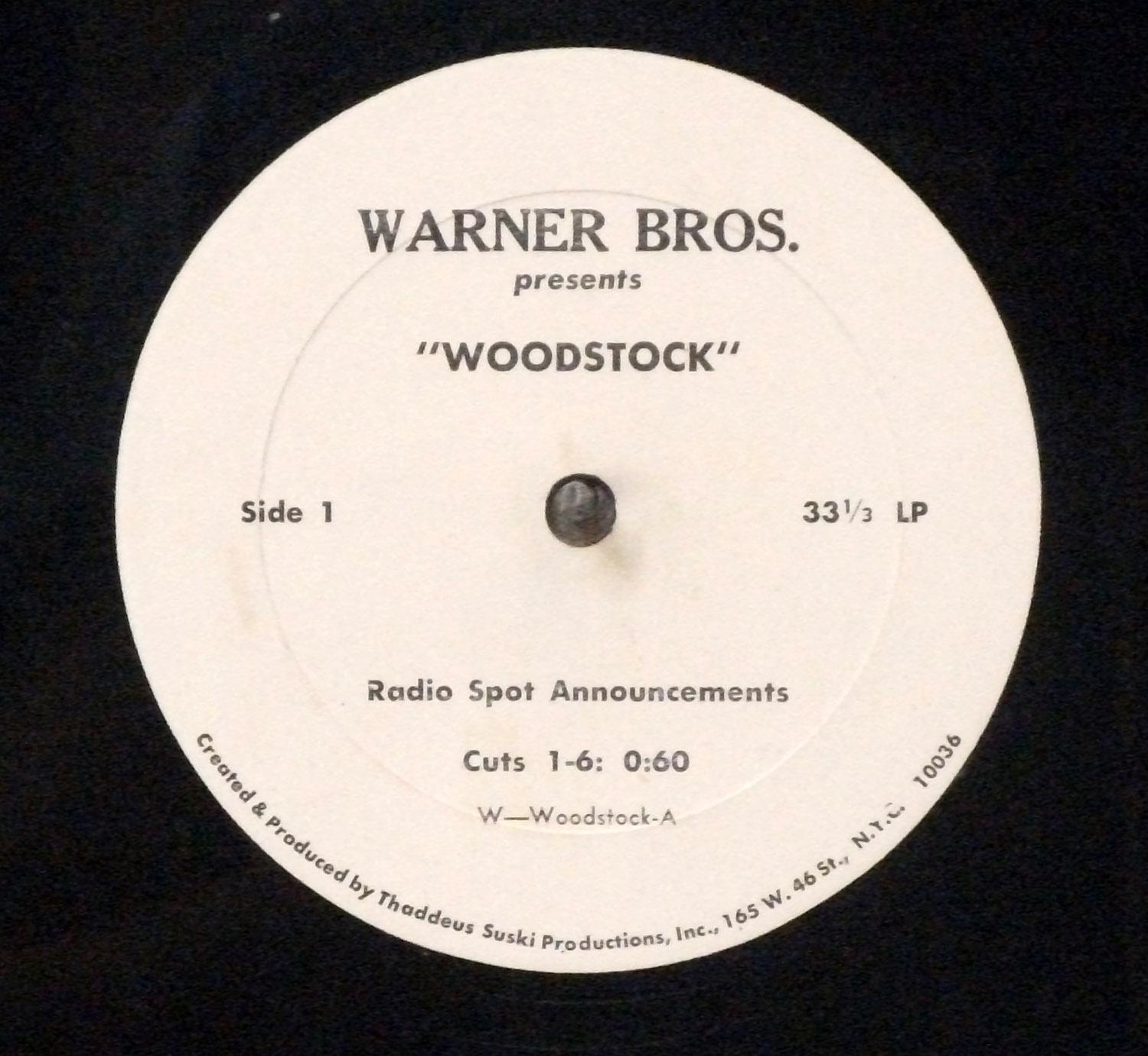