About this copy:  This copy of Blowin’ Your Mind! is a sealed stereo pressing, released in 1967.  The record is presumably new and unplayed. It’s a first issue, with the incorrect catalog number printed on the back cover.  There is a 1″ tear in the wrap at the top right corner, and a very small break in the wrap in the upper left corner.

A beautiful copy of a classic album.

Background: After some success as a member of Them, Van Morrison decided to go solo.  His first LP, Blowin’ Your Mind!, was issued on the Bang! records label, and provided a hit in “Brown-Eyed Girl.”  This was Morrison’s only album for Bang!, as he had a falling out with label chief Bert Berns and soon moved to Warner Brothers, where he found great success as a solo artist.

Readers at AllMusic.com gave Blowin’ Your Mind! four stars, and the site had this to say about it:

Although Van Morrison’s first solo album is remembered for containing the immortal pop hit “Brown Eyed Girl,” Blowin’ Your Mind! is actually a dry run for his masterpiece, Astral Weeks.  It’s where Van Morrison emerges as an artist. 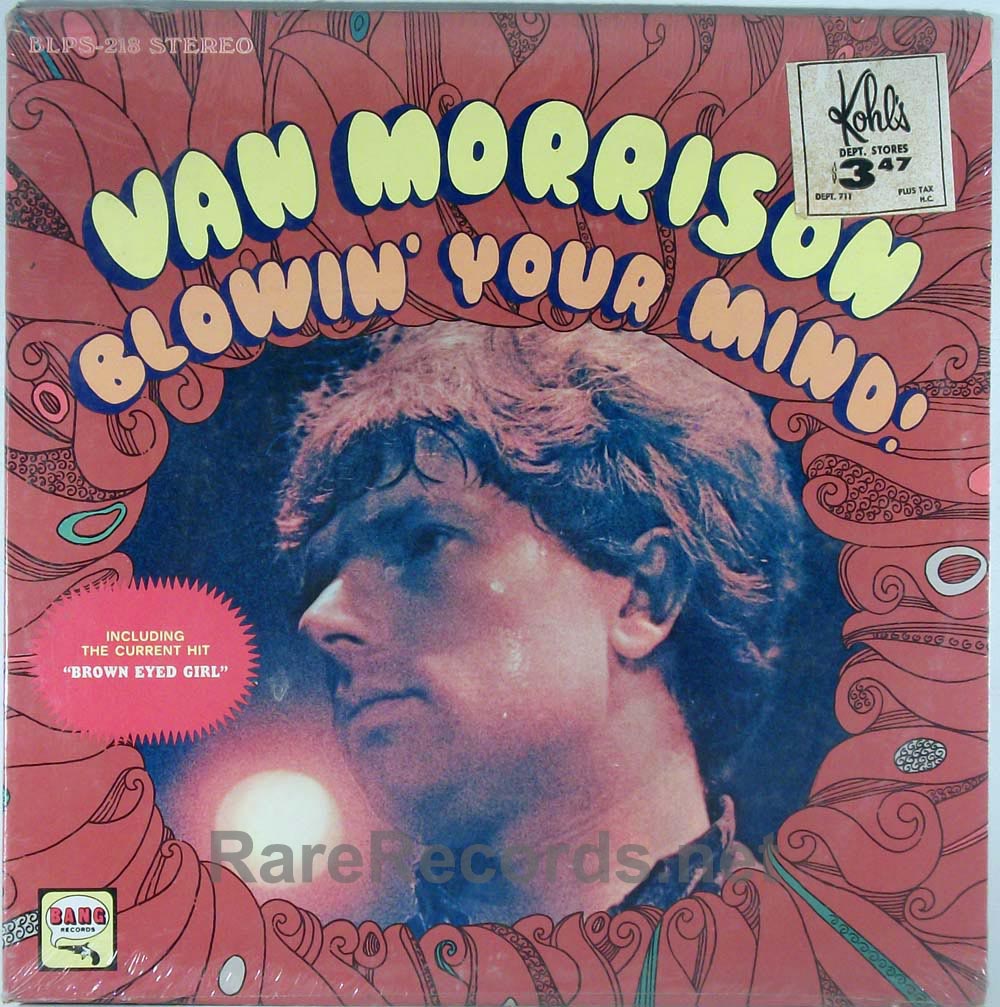