A rare first pressing of It’s Not Unusual by Tom Jones, featuring the original cover.

Offered for sale is a stereo pressing of the 1965 LP It’s Not Unusual by Tom Jones, featuring the withdrawn cover featuring a live shot of Tom and his band.

About this copy: This copy of It’s Not Unusual is an original 1965 stereo pressing on the Parrot label, featuring the rare cover with the live photo of Tom Jones and his band.  The cover is VG+, with a small amount of ring wear at the bottom of the cover.  There are otherwise no tears, splits, holes, cut corners or saw marks on the cover.

The record is VG+, with a few small hairline marks and a few sleeve scuffs.  It’s been well cared for and clearly hasn’t had a lot of play.

A nice copy of a terrific Tom Jones rarity, and a pretty good album, too.

Background:  It’s Not Unusual (titled Along Came Jones in the UK) was the debut album by Tom Jones.  Released in 1965, the album only reached #54 on the U.S. album charts, but the title track did reach the Top 10 (and reached #1 in the UK.)

The original American pressings of the album featured a cover with a live shot of Jones performing with his band.  After the single became a success, Parrot records changed the cover to one with a more subdued photo of Jones leaning against a tree.

The original pressings with the live photo are quite rare; we’ve only seen three of them in the past 40 years.  Oddly, while mono albums outsold stereo albums by a ratio of about 10:1 in the mid-1960s, we’ve never seen a copy of this album in mono.  It’s quite possible that the stereo copies were printed first and that the cover was changed before the mono records were made.

Regardless, it’s quite a rare cover.  The buyer of the last copy we had was the daughter of the saxophone player in Jones’ band, and she was completely unaware that the cover even existed. 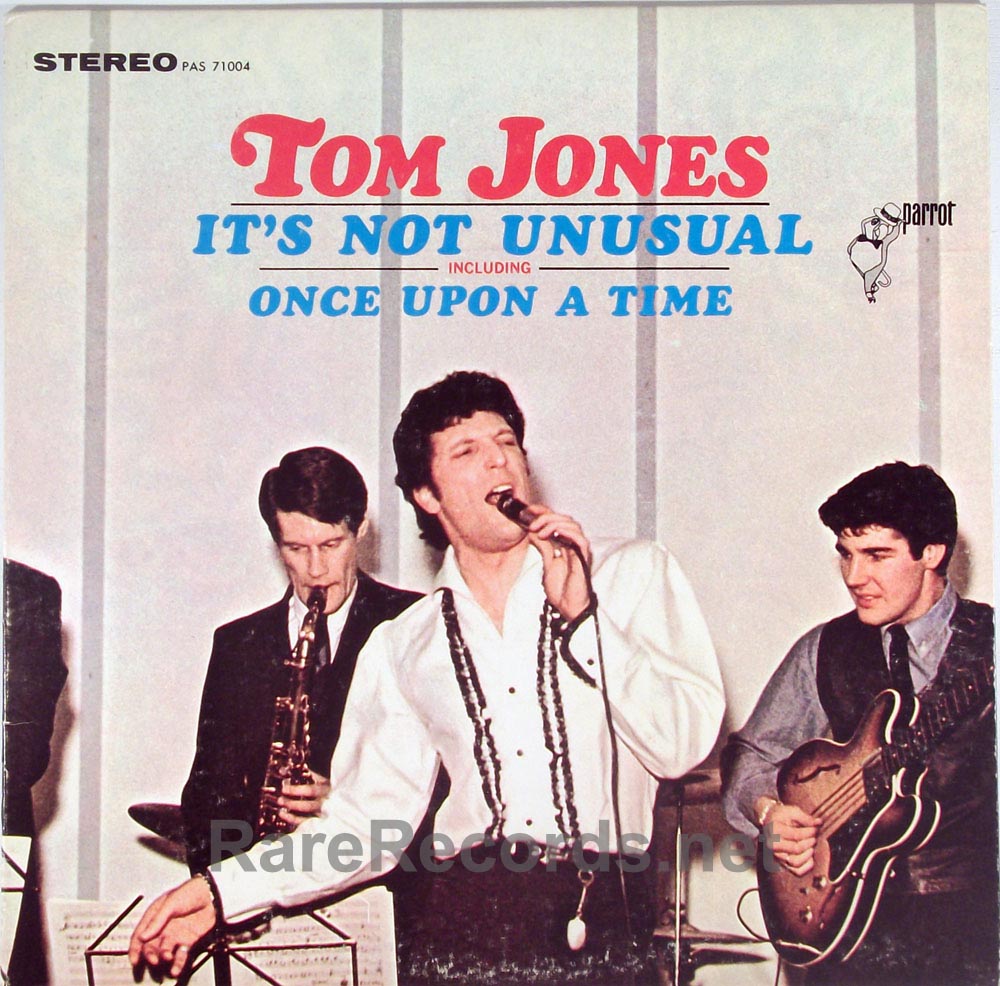