Offered for sale is an original sealed mono pressing of the Supremes’ 1966 LP, The Supremes Sing Holland-Dozier-Holland.

About this copy: The copy offered for sale is an original mono pressing, released on the Motown label in 1966.  The album is still sealed and the record is presumably new and unplayed.

There is a piece of shrinkwrap about 2″ square missing at the top right corner and a small split in the wrap (about 2″) on the bottom.  There are no cutout marks of any kind.

Background: The Supremes ran off an impressive string of hits and albums in the mid-1960s, and The Supremes Sing Holland-Dozier-Holland (issued as The Supremes Sing Motown outside the U.S.) is one of their best efforts.  The album features two songs that reached #1 on the Billboard charts: “You Keep Me Hanging On” and “Love is Here and Now You’re Gone.”  In addition, the album included cover versions of songs that Motown’s songwriting team of Lamont Dozier and Eddie and Brian Holland wrote for other Motown artists.

The mono copies of this album were only in print for about a year and a half, and are much harder to find than their stereo counterparts.  In addition, the mono versions of the songs are going to have different mixes than the more common stereo versions.

The Supremes Sing Holland-Dozier-Holland reached #6 on the album charts, and includes the following tracks:

“You Keep Me Hangin’ On”
“You’re Gone, But Always in My Heart”
“Love Is Here and Now You’re Gone”
“Mother You, Smother You”
“I Guess I’ll Always Love You”
“I’ll Turn to Stone”

Anchored by two of their most popular recordings, “You Keep Me Hanging On,” and “Love Is Here and Now You’re Gone,” this LP features Holland, Dozier & Holland (HDH) compositions and productions, and it ranks among their best. … Two Four Tops’ remakes, ‘I’ll Turn to Stone,” and “The Same Old Song,” are just as groovy as the originals. … The prolific writers did an excellent job on their namesake LP, which turned out to be the last of the great Supremes albums. 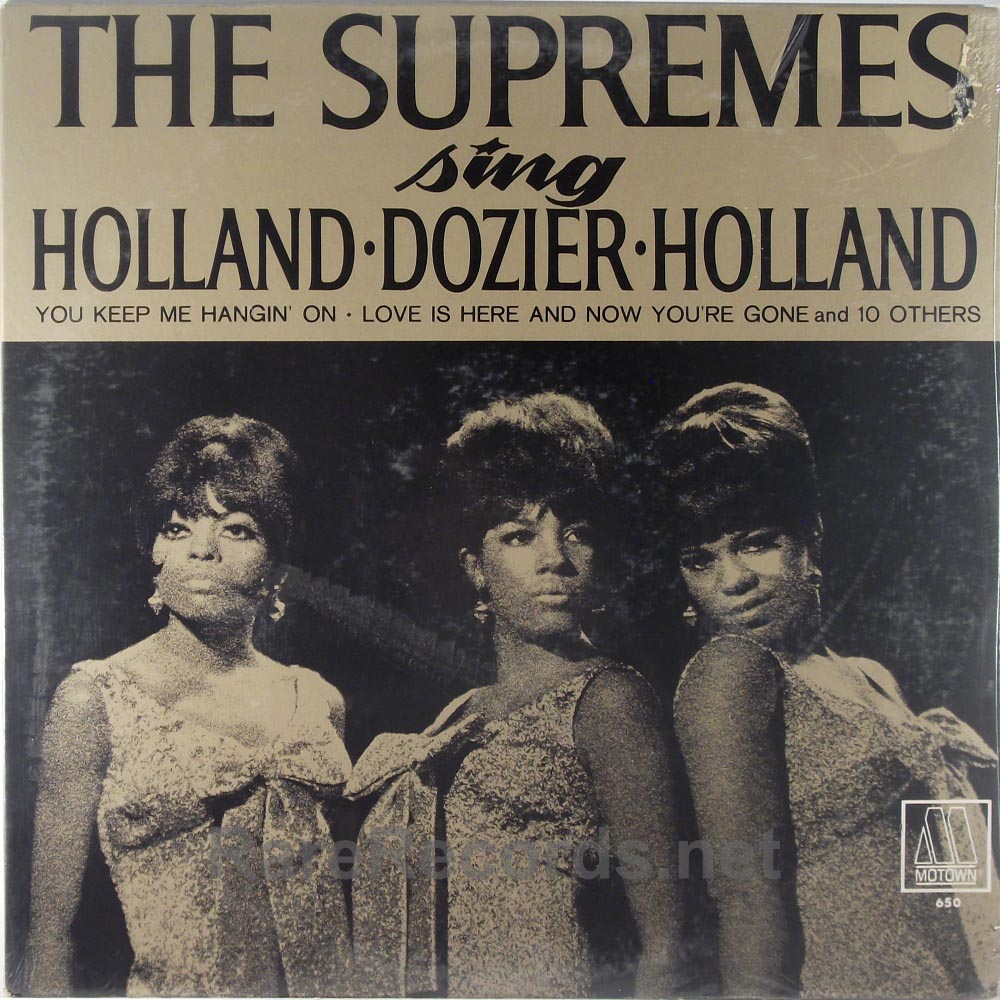