Offered for sale is a rare Japanese white label promo copy of the album Spaceship Earth by Sugarloaf, pressed on red vinyl and including the original obi.

About this copy:   This copy of Spaceship Earth is an original 1971 Japanese pressing, and is a white label promotional copy, pressed for radio station use, and was pressed on “Everclean” red vinyl.

The cover is VG+, with wear at the corners.  A couple of corners have been bent.

The nearly-always-missing obi is included, and is VG+, with some wear at the to edge.  The “hojyuhyo”, or reorder tag, is still attached.  The lyric insert is missing.

The red vinyl disc is M- and looks as if it may be unplayed.

A nice copy of a pretty good record, and certainly a rare one.

Background: Sugarloaf, a band from Denver, Colorado, got their start as a band called Chocolate Hair.  Shortly before the release of their debut album in 1970, they changed their name to Sugarloaf, naming themselves after a nearby mountain.

That album, the self-titled Sugarloaf, reached #24 on the American album charts, helped by the single “Green-Eyed Lady,” which reached #3 on the charts.

Their follow-up album, Spaceship Earth was released the following year, didn’t fare as well, reaching only #111 on the album charts.  The two singles, “Mother Nature’s Wine,” and “Tongue in Cheek,” reached #88 and #55, respectively.

Spaceship Earth was a bit more diverse than Sugarloaf, and had shorter songs, with only one extended workout, the terrific “Tongue in Cheek.”

The album was only in print for a short time and was soon deleted.

You can listen to “Tongue in Cheek” here: 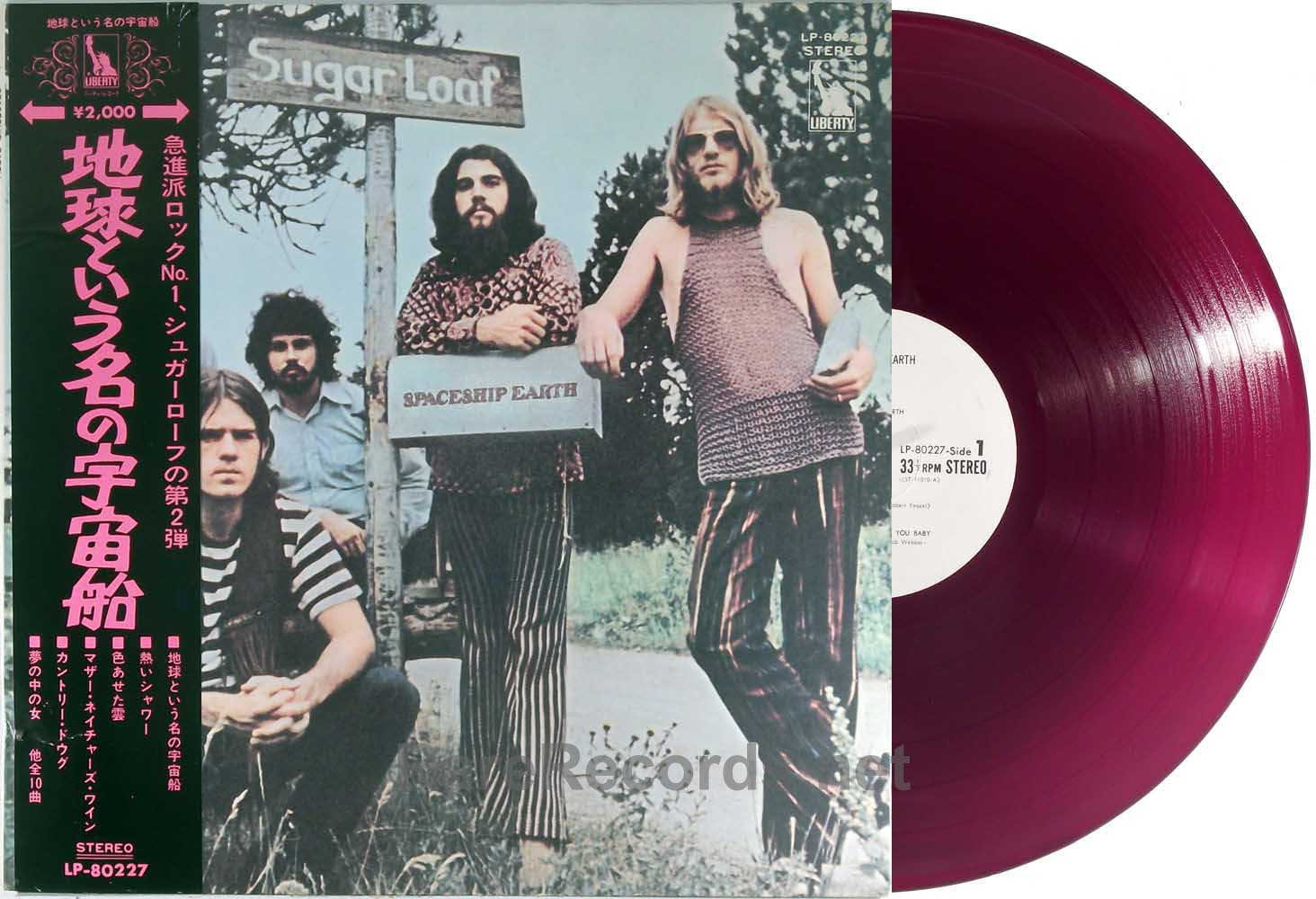