An original stereo copy of Incense and Peppermints by the Strawberry Alarm Clock.

Offered for sale is an original stereo copy of Incense and Peppermints by the Strawberry Alarm Clock, released in 1967 on Universal City Records.

About this copy: The copy offered for sale is an original stereo pressing, and unlike most copies we see, this one does not have a cutout mark on the cover.

The cover retains its original shrink wrap, though there is an odd blue mark on the front cover that is under the wrap. The cover is M-

The disc is VG++, with a few slight scuffs from the inner sleeve and a couple of faint, but likely inaudible marks.

Background: Psychedelic music was largely an underground phenomenon, but for a brief time in the mid-1960s, psych hit the pop charts. Incense and Peppermints by the Strawberry Alarm Clock was one of those rare occasions when psych and the top of the charts met, and the title cut from the album reached #1 on the Billboard Charts in late 1967.

The album of the same name, the band’s first, is generally regarded as their best effort and is also their best-selling LP. It’s also a terrific record, and one we’ve had in our collection for many years. 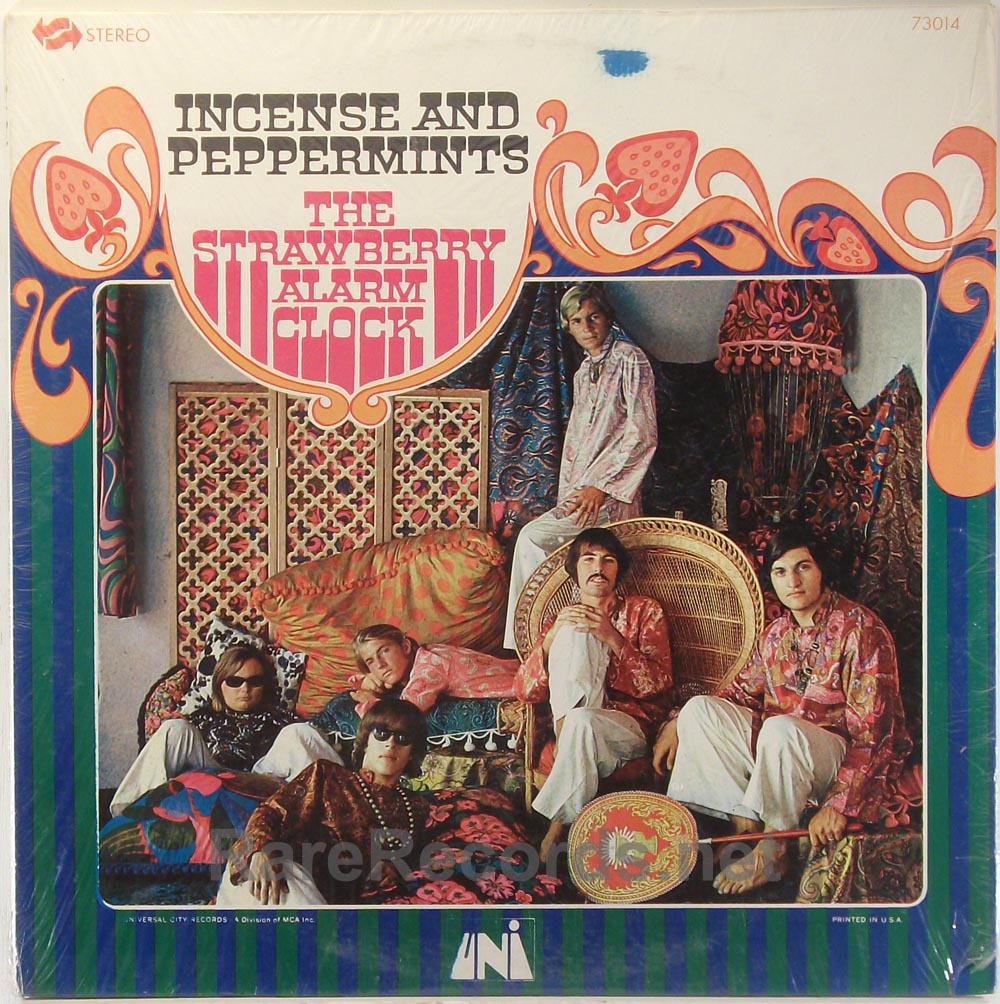