View cart “Animals – All About the Animals Japan-only red vinyl LP with obi” has been added to your cart.

A 4 LP, 45 RPM Classic Records reissue of Strauss’ Till Eulenspiegel, originally released in 1958 by RCA Records as LSC-2077

Offered for sale is a copy of the 4 LP, 180 gram, 45 RPM Classic Records reissue of Richard Strauss’ Till Eulenspiegel, performed by Fritz Reiner and the Vienna Philharmonic Orchestra. This was originally issued in 1958 by RCA Records as LSC-2077.

About this copy: This copy of Till Eulenspiegel was released in a limited edition, 45 RPM issue, pressed on 4 single-sided, 180 gram discs for optimum sound quality. This is an early pressing; all four discs in the set come in a printed cover that duplicates the cover used on the original RCA release, and the label features the “shaded dog” RCA label art that was used on the original pressing. 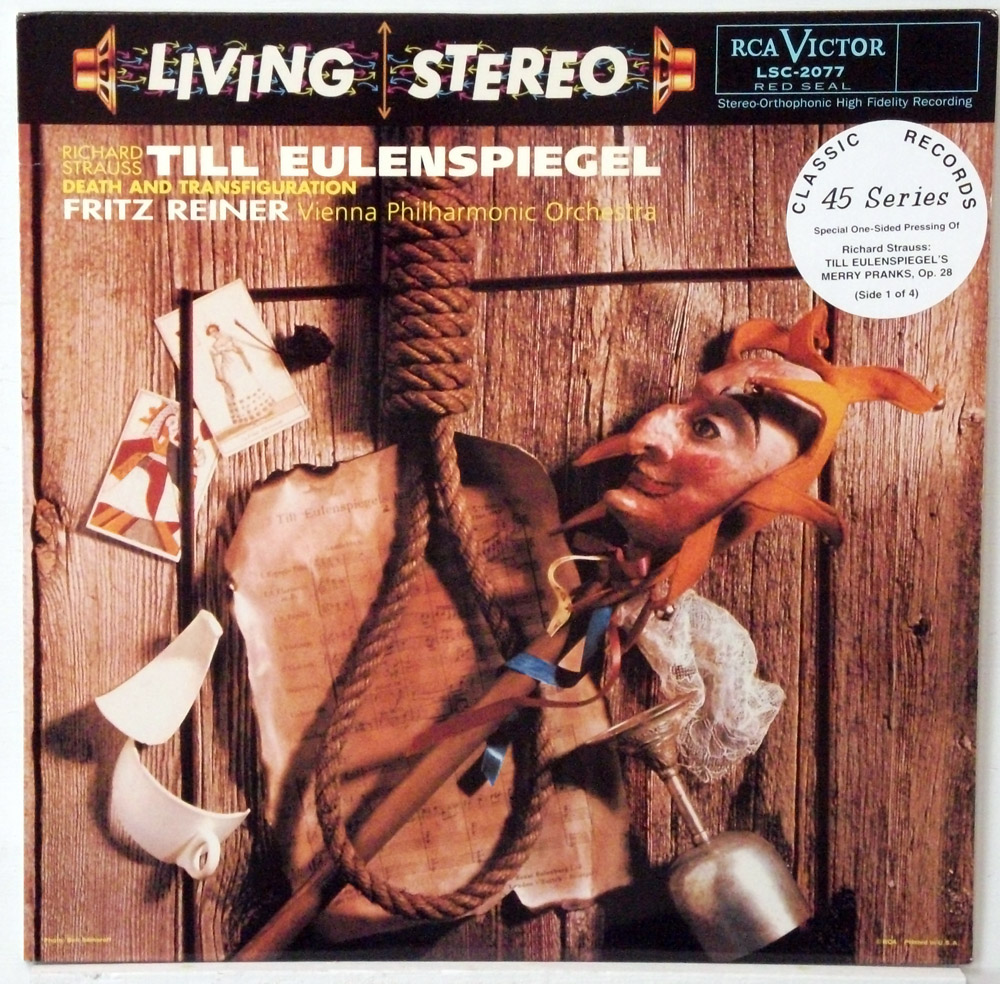