A stereo UK pressing of Bookends by Simon and Garfunkel

Offered for sale is an early stereo UK pressing of Bookends by Simon and Garfunkel.

About this copy: This copy of Bookends is a stereo pressing from the UK on the solid orange CBS label.

The cover is a laminated mono cover with a stereo sticker on the back.  The cover is VG+ with a small amount of ring wear on the back cover and a bit of wear at the edges and corners.

The disc is VG++, with only a few light scuffs and a few spindle marks on the label. It’s close to M-.

A nice copy of a terrific record and our favorite Simon and Garfunkel album.

Background:  Bookends was the fourth album by Simon and Garfunkel, released in April, 1968.  Featuring the singles “A Hazy Shade of Winter” and “Mrs. Robinson,” the album reached #1 on the Billboard album charts.

Early pressings of Bookends are quite desirable, as the master tapes for the Bookends have reportedly been lost, which is why we’ve never seen a high quality audiophile reissue of the album.  All recent reissues have been made from tapes that are copies of copies.

The sound on early pressings, both U.S. and those from the UK is exceptional.

Simon & Garfunkel quietly slipped Bookends, their fourth album, into the bins with a whisper in March 1968. They are equal collaborators with producer/engineer Roy Halee in a multivalently layered song cycle observing the confusion of those seeking an elusive American Dream, wistfully reflecting on innocence lost forever to the cold winds of change. … Bookends’ problematic, disillusioned themes, sometimes disguised in wry humor, striking arrangements, and augmented orchestral instrumentation, portray the sounds of people in an American life that they no longer understand, or understands them. Simon & Garfunkel never overstate; instead they observe, almost journalistically, enormous life and cultural questions in the process of them being asked. In just over 29 minutes, Bookends is stunning in its vision of a bewildered America in search of itself. 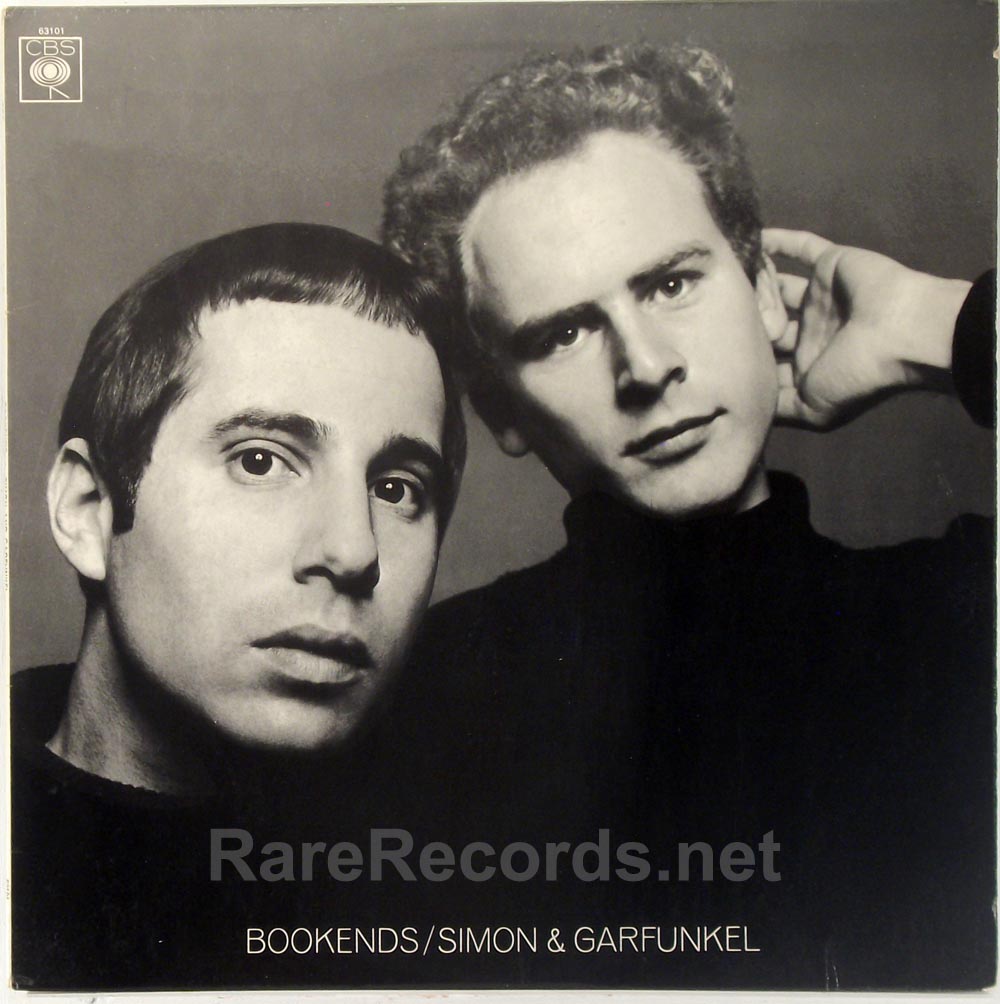