Offered for sale is a sealed copy of the 1973 comedy double album by Rusty Warren – Rusty Warren Bounces Back.

About this copy: The copy offered for sale is still sealed and presumably unplayed.  There are no tears in the shrinkwrap.  There is a clean punch hole in the upper right hand corner of the cover.  This may indicate that the album was a cutout, but most “clean” punch holes indicate promotional copies.

A nice copy of a scarce double comedy album.

Background: It’s hard to imagine today, but in the late 1950s and early 1960s, adults frequently sat around the living room, drinking cocktails and listening to comedy albums.  Rusty Warren gained popularity at this time with her “adult humor”, which was often somewhat (for the time) sexually risque.

While her material is somewhat dated today, and no longer particularly provocative, her albums are an interesting artifact of the era.  Sin-Sational was her third in a series of best-selling comedy albums and Rusty Warren Bounces Back, was her fourth.  Both LPs were originally issued in 1961 by Jubilee Records.

This 2 LP set combines Sin-Sational and Rusty Warren Bounces Back in a 2 LP set.  This set was issued in 1973, after Jubilee Records had gone out of business. 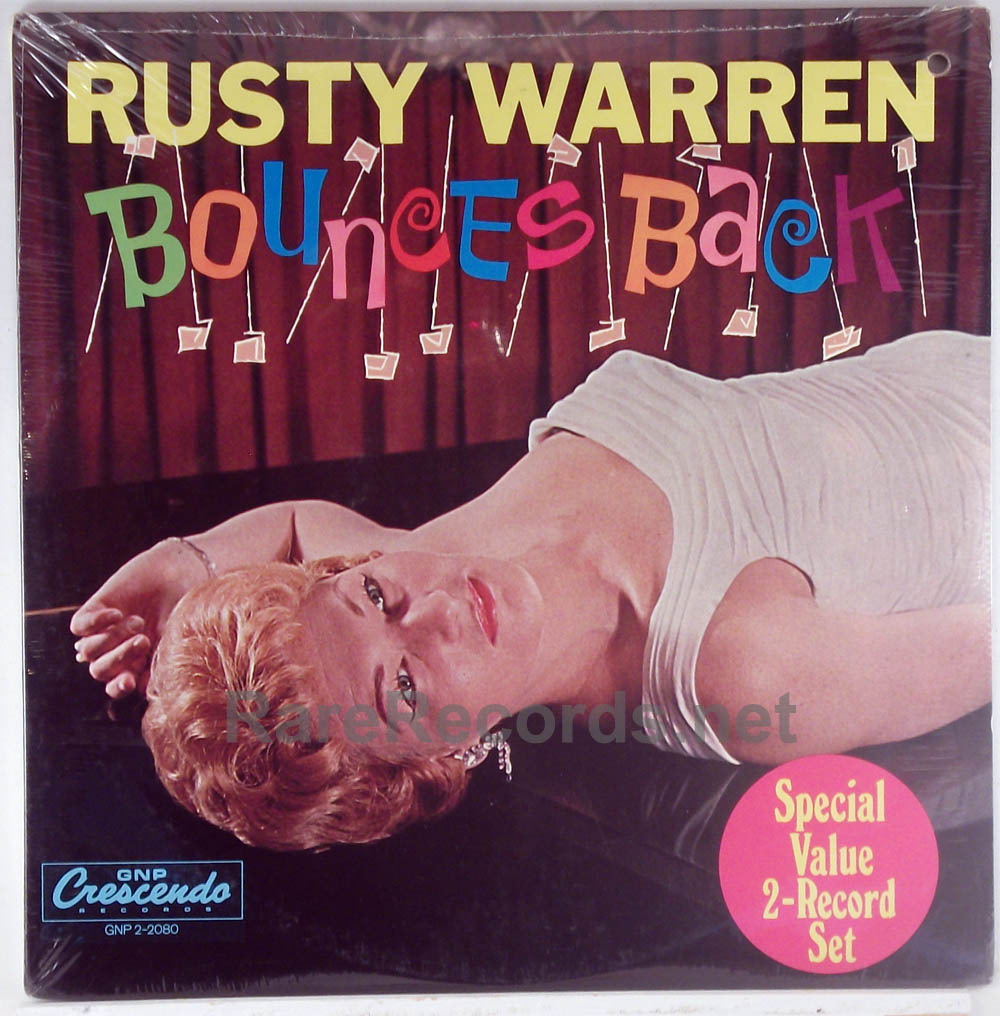