About this copy:  This copy of The Rolling Stones Now!  is a still sealed mono copy of the album, released in 1965.

While the shrink wrap has been removed from the cover (if it was ever there to begin with,) the record is still sealed in the original plastic sleeve, and is presumably new and unplayed.

The cover does have the withdrawn portion of the liner notes on it.  The cover is VG, with some general wear but no splits, tears, holes, or writing.

The record is an American-pressed disc with the “boxed” London logo.

It’s quite difficult to find clean mono Rolling Stones albums these days, as  most of them were played to death when new.  Sealed copies are considerably harder to come by.

Background: The early American Rolling Stones albums were largely recorded in mono, and the “stereo” pressings of the albums contained most songs in fake or rechanneled, stereo, which had added reverb and other electronic gimmickry to make the mono recording sound more stereo-like.

The mono versions of those albums, including The Rolling Stones Now! are generally preferred by collectors.  London Records discontinued mono LPs in 1968, making mono copies of this album a relative rarity, as they were only in print for about three years.   All later pressings of The Rolling Stones Now! were issued in rechanneled stereo.

While they weren’t really cranking out hits yet when The Rolling Stones Now! was released in early 1965, the Rolling Stones were doing a great job of covering classic R&B songs.  They were also selling some records, despite the relative lack of hits.

The Rolling Stones Now! reached #5 on the album charts and was certified Gold by the RIAA, even though the biggest hit on the album was “Heart of Stone,” which reached #19 on the Billboard singles charts.

Early pressings of the album had this in the liner notes, which was later removed:

This is THE STONES new disc within. Cast deep in your pockets for the loot to buy this disc of groovies and fancy words. If you don’t have the bread, see that blind man knock him on the head, steal his wallet and low and behold you have the loot, if you put in the boot, good, another one sold!

Although their third American album was patched together (in the usual British Invasion tradition) from a variety of sources, it’s their best early R&B-oriented effort. Most of the Stones’ early albums suffer from three or four very weak cuts; Now! is almost uniformly strong start-to-finish, the emphasis on some of their blackest material.

You can listen to “Heart of Stone” here: 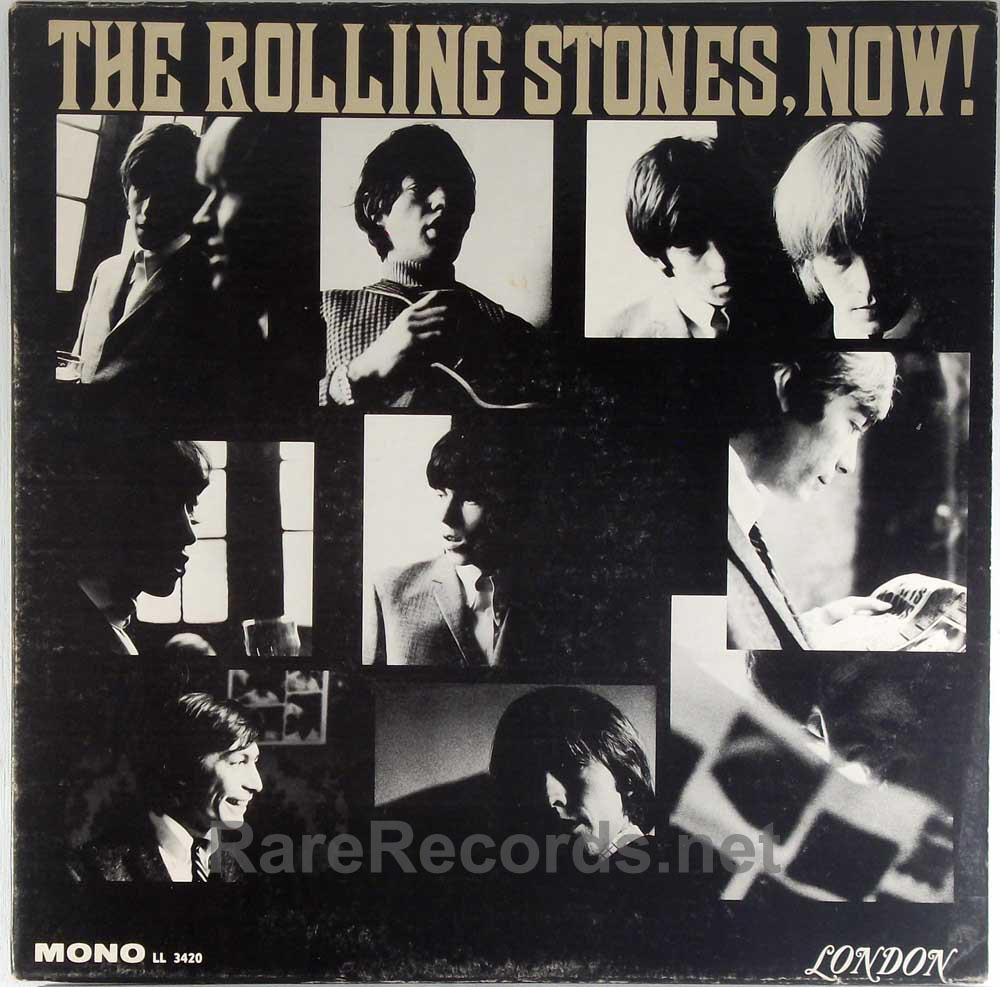