A sealed limited edition red vinyl UK pressing of Up the Downstair by Porcupine Tree.

Offered for sale is a still sealed red vinyl UK pressing of the 2 LP set Up the Downstair by Porcupine Tree.

About this copy: This copy of Up the Downstair is a limited edition 180 gram red vinyl pressing on the KScope label, issued in the UK in 2008.  This is a reissue of an album that was originally released in 1993.

The double album is still sealed; the records are presumably new and unplayed.

Background: Originally released in 1993, Up the Downstair was the second album by Porcupine Tree.  The album received relatively little notice at the time and did not sell well.

Allmusic.com gave Up the Downstair a 4 star review:

Up the Downstair feels noticeably different in tone from On the Sunday of Life — the humor is nearly invisible, if present at all, and the focus is more explicitly up to date in keeping with Steven Wilson’s long-stated belief that progressive music means incorporating the now instead of rehashing what progressive was. His singing is now more accomplished in turn — it sounds like he might have been taking a lesson or two from his No-Man partner Tim Bowness, but he has his own dreamy approach. His already accomplished studio work seems to have turned even more so with time, and the end result is a delicate, complex, and remarkable effort. 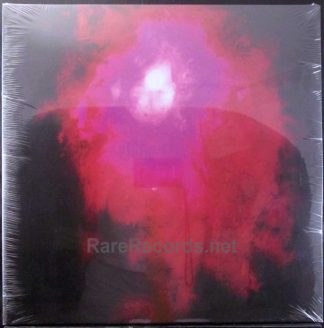